The father of murdered teenager Olivia Hope says he remains unconvinced of convicted killer Scott Watson's innocence following a meeting with him in prison. 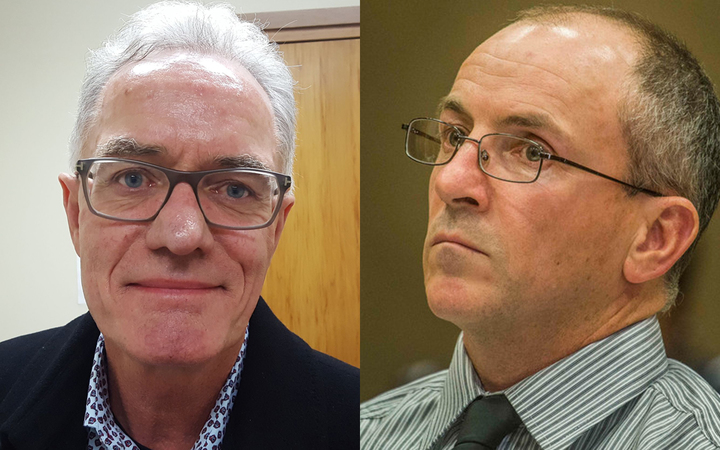 Watson, 45, is serving a life sentence for the killing of Ms Hope and her friend Ben Smart in the early hours of New Year's Day, 1998. He has always maintained his innocence.

Gerald Hope met with Watson over nearly six hours and said, in a statement released this morning, that on several key points, Watson was either elusive, or had rehearsed his responses. 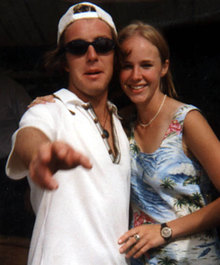 Mr Hope said Watson was silent, unemotional and disconnected when asked about crown evidence that the bodies were disposed in a sleeping bag.

He said Watson did not convince him of his innocence on four points, including his arrival time at Erie Bay and a sighting at Marine Head on the day of the killings.

Mr Hope also said Watson's art work, done not long after he was arrested, appeared to be the work of a disturbed person, who at the time had no respect for women and was living a dark fantasy where death was the currency of the day.

Watson's father, Chris, had hoped for a different outcome, but he said there was not much he could do about Mr Hope's views.

"Gerald has a position that he has to maintain anyway, it's victimhood. I commend him for at least having a mind open enough to talk to Scott.

"I mean Scott can answer these questions, I think he does reasonably well in the article."

Mr Hope and Watson had long sought a meeting but wanted North and South journalist Mike White to attend. A long legal battle with the Corrections Department ensued and White was eventually given permission to attend. Mr White had been covering the case since the disappearance of Ms Hope and Mr Smart and was well known to both parties.

The subsequent article was published yesterday in North and South.

December 2016: Scott Watson goes before the Parole Board. The board reserves its decision, but says it will likely release it before Christmas.

2015: The Department of Corrections gives approval for White to interview Watson in Rolleston Prison. Watson tells White he is innocent and that he feels police pursued him despite there being no evidence.

July 2015: Watson comes up for parole for the first time. It is declined. A report from a psychologist to the Parole Board said Watson had a very high risk of violent reoffending. Watson and his supporters complain to the Psychologists Board about the report.

May 2015: Watson goes to High Court in Christchurch to challenge a Corrections decision to ban him from an interview with North and South reporter Mike White. Justice Rachel Dunningham rules Corrections should reconsider.

2010: The Independent Police Conduct Authority, acting on complaints by journalist Keith Hunter and Watson's father, Chris, finds the police inquiry was reasonable and rational, apart from three aspects that had no significant bearing on the outcome.

2013: The Governor-General declines Watson's application to be pardoned.

2012: Watson is allowed out of jail to visit his sick mother. He attends her funeral in Christchurch, entering and exiting the chapel through a back door.

2003: The Privy Council finds no grounds for a further appeal.

1999: Watson is convicted of the killings after a trial. He is sentenced to life imprisonment with a 17 year non-parole period. The Court of Appeal rejects his appeal.

1998: While in custody awaiting trial for murder, Watson assaults a police officer and a fellow prisoner.

January 1, 1998: Ben Smart, 21, and Olivia Hope, 17, go missing from the Endeavour Inlet in the Marlborough Sounds. They are last seen boarding a yacht in the early hours. Their bodies are not found.