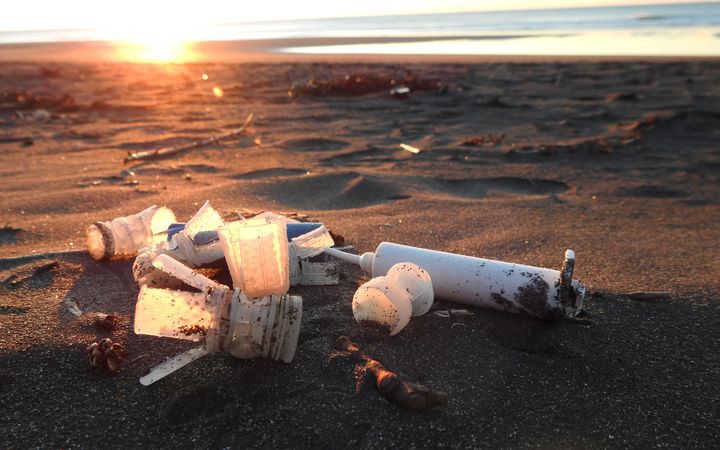 One some Taranaki beaches it’s possible to fill a shopping bag full with shotgun wads in under half an hour. Photo: Emily Roberts

The students, from Oakura School, stumbled upon the wads - which protect the gun barrel from the shot - in the Tapuae Marine Reserve southwest of New Plymouth. More have since been found as far north as Mokau.

Walking along the hightide mark on any Taranaki beach, it takes barely a minute or two to find the remnants of a spent shotgun wad.

The wads are translucent, about 5 or 6cm long, and look like a sad shuttlecock that has seen better days.

"I didn't know what they were to be honest but once we had a look and did some research it was quite amazing to see they were from Waitara all the way over there."

She said the shotgun wads were new to her too. 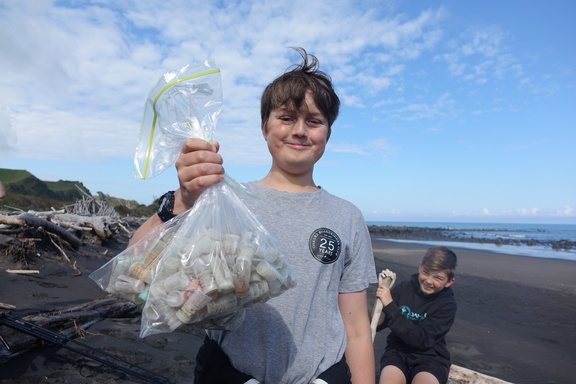 Oakura School student Rueben Kiss, 12, had no idea what the shotgun wads were when he first saw one. Photo: RNZ / Robin Martin

"I'd not noticed them on the beach before despite doing lots of surveys in the intertidal region in Taranaki but once we'd spotted them at the here at Tapuae I started noticing them all over Taranaki.

"In some spots within half an hour you could pick up a bag of nearly a hundred."

Dr Roberts said eventually it was one of the students who recognised what they were.

"So then we got in touch with Allen Stancliff from Fish & Game and he could identify actually what type of they used to hold. 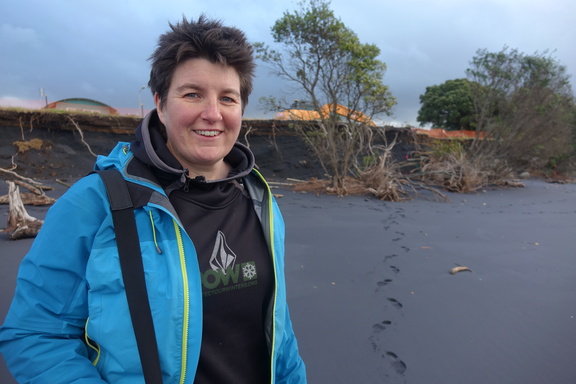 "So the crinkly ones were the lead shot and the ones with solid bases were for the steel shot and dependent on what type they are they have been used for different things."

Fish & Game's senior field officer in Taranaki Allen Stancliff was able to track down the source of the shotgun wads - with a little detective work.

"We looked at the wads and a lot of the are from lead shot ammunition and so we twigged out they might well be from a club shot that's near the Manganui River, which is a tributary of the Waitara River.

"This club shoot that they hold in March each year is a little unusual in that four of the sites are over water."

Mr Stancliff said the clue was that clay pigeon shooters still use lead shot for safety reasons, because club courses had not been laid out for steel shot. 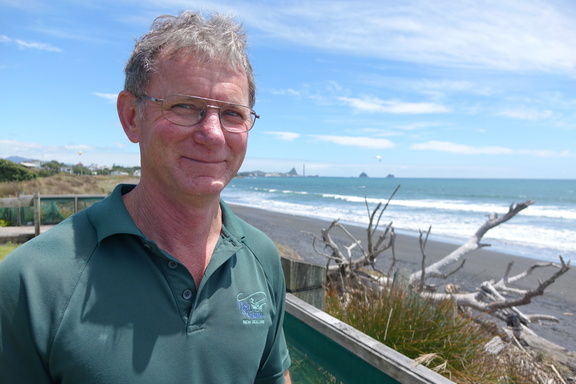 It was most likely the wads made their way to sea where they were at the mercy of ocean currents, but Mr Stancliff said the lead residue in the wads was inert and of little threat to the environment.

Taranaki oceanographers MetOcean Solutions then got involved and used a modelling tool to track the likely dispersal of the plastic wads.

Managing director Peter McComb said it found the wads had spread from Oakura in the south to Mokau in the north, mirroring what the students and Dr Roberts had observed.

Dr McComb said the work was a handy reminder to pay attention to your waste.

"It's cause and affect. If you think about it, every piece of plastic that goes into a river is going end up in the ocean and it's going to float around and eventually it's going to sink or get washed up on the shore.

"Plastics are incredibly durable so they last a very long time. New Zealand's pretty good in other parts of the world the problem is pretty chronic and will be for another hundred years."

The Inglewood Rod and Gun Club hosts the March clay pigeon shoot over the Manganui River.

Club president Pogal Moratti said it was a shock to discover that wads from its event were found up and down the coastline.

"Well I was surprised really because in the 70s and 80s, when we were only shooting over rivers, I never saw a wad on the beach and I did a lot of surf casting in those days and never saw any wads.

"But maybe the currents were different. I don't know. They might have gone or perhaps we didn't take much notice." 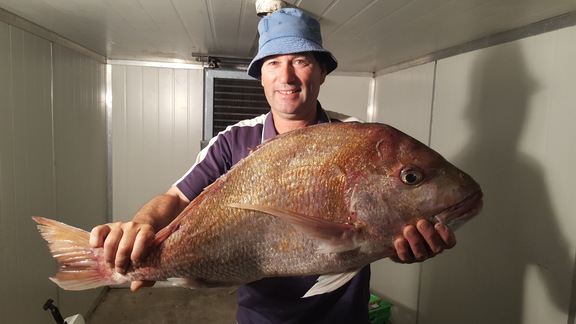 Mr Moratti said the club was now taking action to redress the issue.

"We're all hunters and fishermen and all very much look after the environment. We're lobbying to change everything, ammunition companies and all that, and this year we've phased out plastic wads and we're all fibre wads so they are biodegradable and they just dissolve."

He said unfortunately for hunters, who used steel shot, there was still no biodegradable option on the market.