An ambitious plan to phase out destructive fishing methods, such as trawling, in the Hauraki Gulf is being slammed by the biggest commercial fisher in those waters as unscientific and uneconomic. 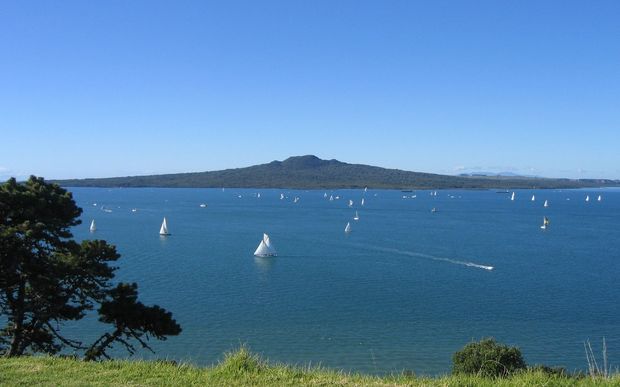 Four years in the making, the collaborative blueprint consulted 14 community and governmental groups to find a way to improve the health and sustainability of the Hauraki Gulf.

To reverse declining fish stocks it wants to phase out fishing methods such as trawling, Danish Seining, set netting and dredging. It suggests commercial fishing companies should instead concentrate on producing higher-quality fish, caught using long-lines.

The fishing company Sanford is the biggest fisher in the area holding about 40 percent of the quotas in the Hauraki Gulf.

The recommendations in the plan were based on emotions, not science, Sanford chief executive Volker Kuntzsch said.

"People believe that all we do is scrape across the bottom of the sea, which consists of coral and reefs and in the end you destroy it all. That's not quite the case all over."

The plan did not separate areas at risk of environmental damage from the ones that were at low-risk, he said.

"Some areas just consist of sand really and bottom trawling doesn't really have a negative impact."

Fish prices could increase by a quarter if only long-lining was used while new technology currently being used by Sanford boats allowed its trawlers to catch a much higher-quality fish, Mr Kuntzsch

Sanford was also not consulted on the plan until the last minute, he said.

"They've taken on board the position and views of industry, science and that involves the best science available."

Recreational fishers would also have to give up dredging under the plan, but Sport Fishing Council's Legasea spokesperson Scott Macindoe said most will be happy to do so.

"For too long we have complained about the indiscriminate, bulk harvesting, benefit destroying methods being used to harvest fish commercially, to have those phased out over time is a huge win for the environment."

The plan was now in hands of local and central government for consideration.

Mr Majurey said the health of the Hauraki Gulf is at stake if the plan was ignored.

"What's at stake is the ongoing decline in the health and mauri (life force) of the Hauraki Gulf and if this bold plan isn't taken up in some substantive and real form that decline will continue."

The plan proposed the creation of 13 new marine protected areas, the extension of two existing ones, and sets limits on the amount of sediment and nurtients produced by farming.

It also recommends the creation of new local ahu moana marine areas, an area 1km offshore from the high tide mark, to allow mana whenua and local communities to work together to manage their coastal areas.