A hunter who has been missing in the central North Island's Kaimanawa Ranges since Saturday has been found safe and well. 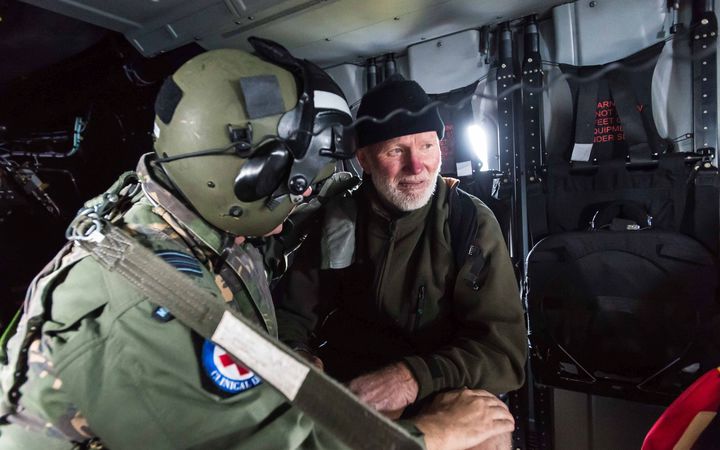 A rescue crew with the found hunter. Photo: Supplied

The 60 year-old, who was separated from his hunting partner on Saturday evening after he took a wrong turn, was spotted standing on a riverbed at about 11am this morning.

He had lit a fire to keep warm and sheltered under a cliff for two days.

Twelve police staff and one dog were flown in by the Air Force to help with the search.

The man has now been dropped off at a police command post in Turangi.