The driver of a McLaren F1 supercar said to be worth $20 million has been charged with careless driving following yesterday's crash in Queenstown. 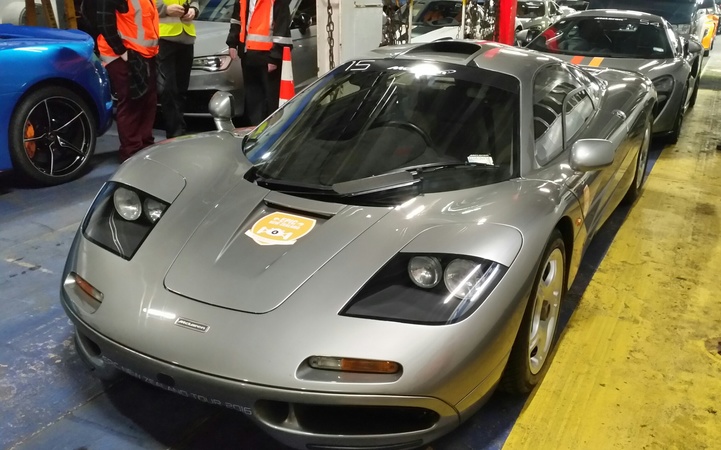 One of the 30 supercars on the tour, which have a total value of about $45m. Photo: RNZ / Kate Gudsell

Police said an Australian man has been summonsed to appear before the Queenstown District Court tomorrow.

Despite the crash, UK company McLaren said its tour of the country has been conducted safely.

Emergency services were called to the crash on the Queenstown-Glenorchy Road, about 10 minutes drive from Queenstown, just after midday yesterday.

The company had earlier confirmed the car was part of its tour from Auckland to Queenstown.

It said the driver had only a minor thumb injury, while the passenger was uninjured.

It said no other vehicles were involved and while the car would not be driven any further in the event, the damage was only minor.

Drivers from around the world have been taking part in the trip, including British racing legend Derek Bell, who was a friend of New Zealand-born designer and driver Bruce McLaren.

He spoke to RNZ earlier this week, and said he was not daunted by the idea of driving on earthquake-damaged roads once the cars reached the South Island.

"Everybody keeps saying there's lots of potholes... I mean, we're quite capable drivers and probably can miss them, but there were some fairly bumpy roads coming up here."