More than 2000 primary school children with ukuleles packed into the Vector Arena in Auckland today for the 10th New Zealand Ukulele festival. 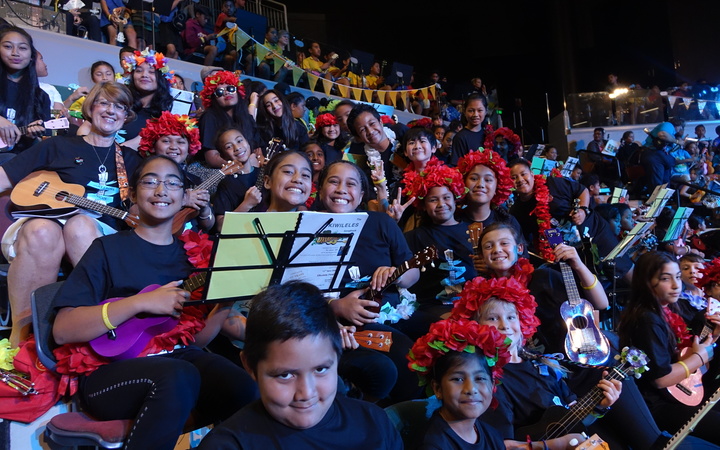 This afternoon's festival was organised by the New Zealand Ukulele Trust, whose aim is to make sure music is part of every child's education.

The children came from 122 schools from 31 towns and cities around New Zealand, and played songs by New Zealand artists.

To celebrate a decade of the festival, the band Six60 surprised the crowd by taking to the stage to play their song 'Special' with the children.

Matiu Walters, the group's lead singer, had no idea of the size of the event and was thrilled to be part of it.

"It's really beautiful to think there's an organisation like this helping children fall in love with music.

"I fell in love with music through a similar kind of programme when I went to primary school, years and years ago," he said. 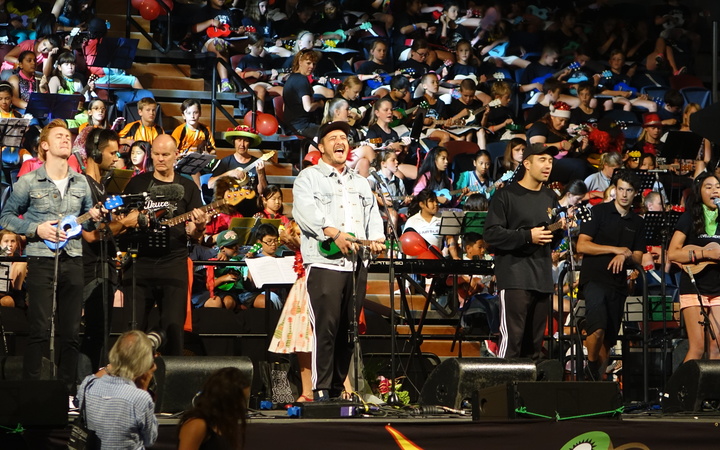 When Six60 took to the stage, screams and huge cheers went up around the arena.

The students from Ellerslie School in Auckland who sang and played on stage with the band said it was an amazing experience.

NZ Ukulele Trust chair Mary Cornish said it was this type of experience that she hoped would give children a life-long love of music.

"We want to make sure our children have got songs to sing and instruments to learn and that it costs them nothing and it should be available in their schools," she said. 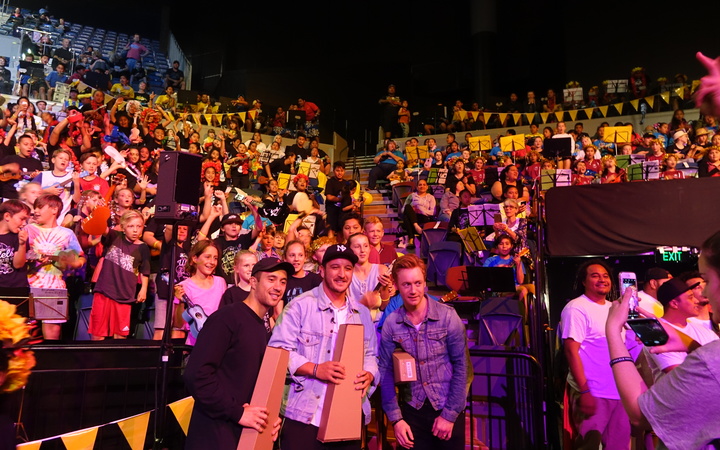 Ms Cornish said the ukulele was the ideal instrument for the purpose of promoting music because it was cheap, portable and easy to learn.

"Because there is no targeted funding in primary schools anymore we just felt passionate about making sure our kids have still got songs to sing that are relevant to them."

She said it was important to have music that is culturally relevant to the children which reflected who they were as New Zealanders.