A former prostitute at the centre of an elaborate murder plot in Taranaki two decades ago has been freed from prison. 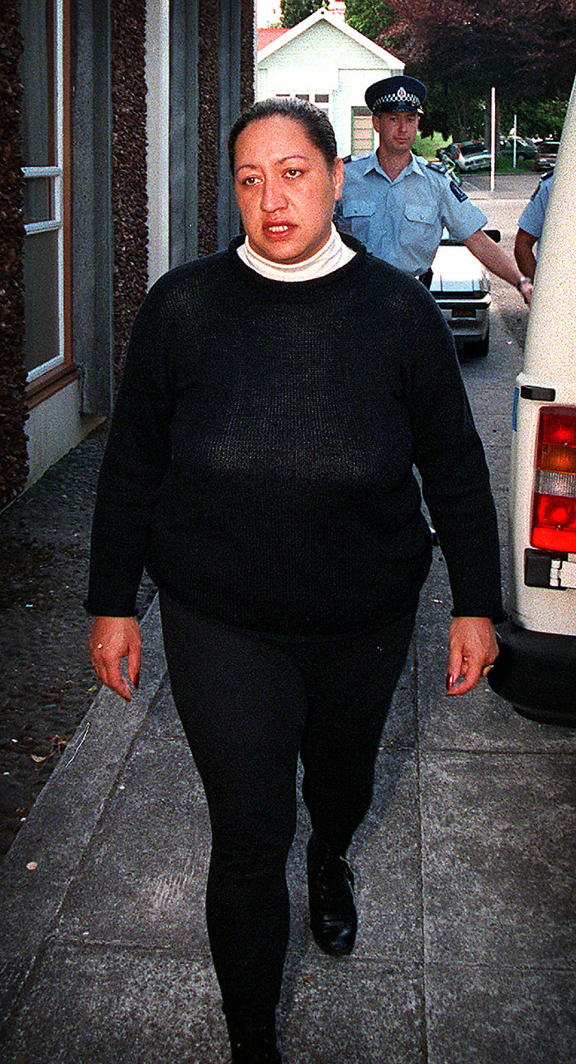 Jan Yorke was jailed in 1995 for murdering her boyfriend's ex-wife and trying to kill her best friend. Photo: Fairfax NZ

Jan Yorke, 53, was jailed for the 1995 murder of Niki Goodwin and the attempted murder and kidnapping of Mrs Goodwin's best friend, Barbara Bishop.

Her accomplice, Niki Goodwin's ex-husband, Mark Goodwin, was convicted on the same charges in 1996. Yorke was jailed a month later.

A new Parole Board ruling says although Yorke has "wide-ranging" support in place, a psychological assessment late last year put her at medium to high risk of reoffending.

Board convenor Alan Ritchie said discussion with Yorke indicated "quite a substantial change in her demeanour".

"That is not to say there is not residual risk... However, we believe that the risk level is manageable with appropriate parole conditions," Mr Ritchie said.

Yorke walked free a fortnight ago, on 16 November, subject to seven special conditions. They included having no contact with Mark Goodwin and staying out of Taranaki.

From prostitute to farmer's wife

The victims' ordeal began on a Friday night, 22 September 1995, after Niki Goodwin dropped the couple's children off at the family farm near Stratford.

Yorke and Mark Goodwin plied Niki Goodwin and Bishop with alcohol and drugs. A plastic bag was placed over Mrs Goodwin's head and she was struck twice with a brick-size object.

Ms Bishop was placed in the driver's seat of her Ford Laser, which was pushed over a 25m clifftop at Opunake.

The Crown said Mrs Goodwin was removed from the vehicle at the last minute, when the criminals changed their minds.

A fisherman found Ms Bishop huddled on rocks seven hours later. The Parole Board itself previously said "it was only by a miracle that a further murder did not also occur".

Ms Bishop reportedly took part in a restorative justice meeting with Yorke in Christchurch Women's Prison in 2009, then with Mark Goodwin in 2011.

Mark Goodwin met Jan Yorke while she worked at the New But True escort agency in New Plymouth on 13 October 1994. His marriage was falling apart.

By 23 October 1995, Niki Goodwin had moved off the farm for good. Yorke moved in. The Crown said Yorke wanted to marry Goodwin and came to hate his estranged wife because she was in the way.

In court, the Crown argued the crime was designed to look accidental. Ms Bishop became the prosecution's star witness, going on to give evidence against the killers.

Yorke's then defence lawyer, Tom Sutcliffe, argued she was not the "black widow" the Crown depicted her as. The sentencing judge, Justice Morris, said it was a crime motivated by "greed and malice". He noted Yorke's lack of remorse, saying she was "the prime mover" and "a woman of strong character who could have influenced [Mr] Goodwin".

Both killers pleaded guilty to murder without a body having been found - a first in New Zealand legal history.

Mark Goodwin waited 10 months after the murder to reveal his estranged wife's remains were buried at Te Wera forest, in remote eastern Taranaki.

An 'intelligent' and 'manipulative' killer

Whanganui MP and deputy Speaker of Parliament, Chester Borrows, was second-in-charge on the police inquiry.

"It was certainly the most premeditated homicide inquiry I ever worked on. It was incredibly detailed in its construction, and interesting in that they created several different scenarios they could have used and then eventually chose one. There was nothing ad-hoc or unplanned about it at all, and the degree of planning they went to was just absolutely incredible."

Mr Borrows said Yorke's 21-year stint in prison was a long one. It was best to release her "with as much help around her and with as many conditions that will protect the public".

"My view of her is she was very intelligent and very manipulative, very self-serving and opportunistic. She had the opportunity to go from prostitute to farmer's wife, which was a huge step up the social ladder, and she took every advantage of that. The incredibly detailed, premeditated murder scenarios they put together, one of which they executed, just showed how dangerous a criminal she was prepared to be."

Yorke will front the Parole Board again in March 2017 for a progress hearing.

Mark Goodwin was released in February 2012. He can be recalled to prison if he breaches his parole conditions.