"She's a mod", goes Ray Columbus and the Invaders' famous hit. What's a mod, and how did he and his band come to such popularity? It all started in church, he told RNZ in 2011. 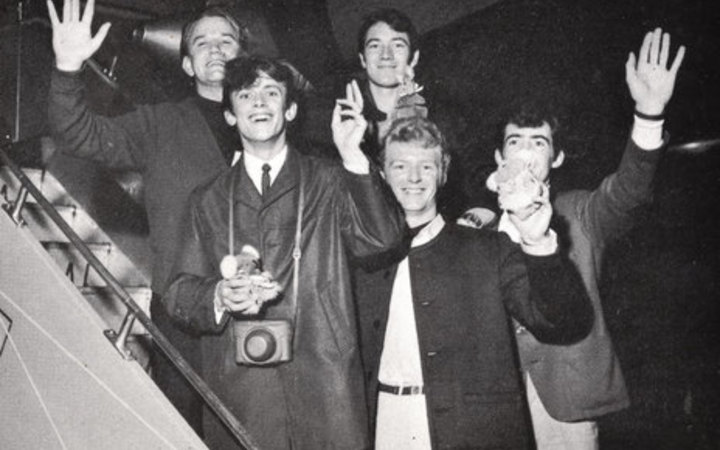 Leaving on a (turboprop) plane: Ray Columbus and The Invaders head home from Australia in 1964. Photo: Courtesy: AudioCulture

The New Zealand pop star's death today, at the age of 74, has many reminiscing about his hits, and passing them around - among both long-time fans and younger newcomers to his music.

View a collection of multimedia stories about Ray Columbus 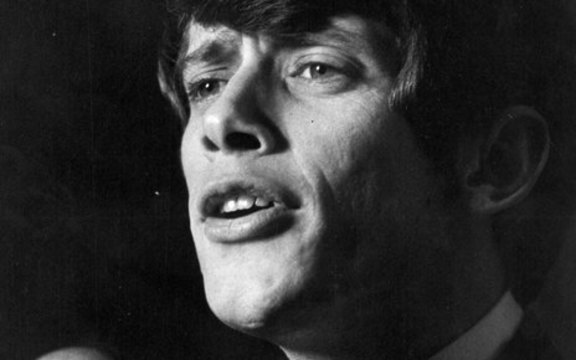 Five years ago, he was interviewed by RNZ host Chris Laidlaw, and spoke of mods, family, Christopher Columbus and how the band's style started in church.

"And it was all a bit more political that we realised, but it was mostly in the way we dressed. There was the rockers and the surfers ... and the mods. And we were mods."

As a young man, Ray had wanted to be a priest. He said he thought he had a strong moral conviction, but it was also the way they dressed - all the incense and the ceremony and the spectacle of it.

It was a combination of the fashionable styles of movie stars like James Dean, and Elvis, combined with the styles of the Europeans who came after the Hungarian revolution that led to the style the band dressed in.

"They had taken the whole American thing in another direction and they wore suits, they had the drainpipe trousers, the big suede shoes the brothel creepers as they called them, and where did I see them? In church, because they all went to mass dressed up in all their finery."

"Once we went to Australia we immediately struck the prejudice over there that you've either got to be a rocker or a surfie.

"And they would say 'what are ya, a rocker or a surfie', and I being a smartmouth would say 'neither, we're mods' and that's how it all got started."

But he said it was his father who got him into dancing and singing - starting particularly with tap dancing.

"During the war he started hitching up to the Kiwi concert party and started doing things here and there.

"He had a good voice, a very good baritone voice and he was a good harmonica player and I would lay in bed sometimes on a Sunday morning and he would play the harmonica - which was something I could never do because I hated having metal in my mouth - but he would play it and he could sing."

His father had some strong convictions of his own about his son's musical career.

"I remember when I first formed my first band, I chose different names. I called myself Ray Bell, I chose Ray Bell and the Belltops, and my father came home and said 'what's this Bell business?'

"And I said 'well, it's Mum's maiden name though isn't it Dad' and I said 'Columbus isn't a great name for a rock 'n' roll singer', and he said 'your name's Columbus, and stick with it'."

The band tried many different names, including The Discoverers and The Drifters, before settling on The Invaders.

"Because I'd gotten my TV series, John Nash contracted me after doing Time Out For Talent in Christchurch on CHTV3, he came up with a series called Columbus, it was very unusual in those days to have a show named after the front person.

"And even though we only did four shows, he said we need to come up with a name that fits with Columbus."

His father had chosen all the brothers' careers because of things he saw in them.

"And then Mum would carry them out," he said.

He said his three brothers were all very successful businessmen, and while his sister Patricia, who was 11 months older, was a talented dancer and musician, she had not wanted to perform.

He became somewhat estranged from his father, who was a "third-generation at least co-dependent" drinker, he said - though that was not something that had affected him.

"I still have my willpower - I'm always aware of what I should and shouldn't do and if someone offers me a drink of wine at lunchtime I'll say 'no thank you', because my day will be gone."

Despite that, Ray did have problems with cigarettes, which had led to long-term health effects.

He said that was all because of cigarette smoking, but by the time of the interview he had given up, partly because he was worried about his son also getting addicted.

He later caught up with his father in Fiji and made peace with him, he said - something his father appreciated.

He died at his home, north of Auckland, and is survived by his wife Linda, two children and three grandchildren.