The Office of Human Rights Proceedings will take legal action after video footage was not given to a prisoner who was attacked in Mt Eden prison, leaving him with brain damage. 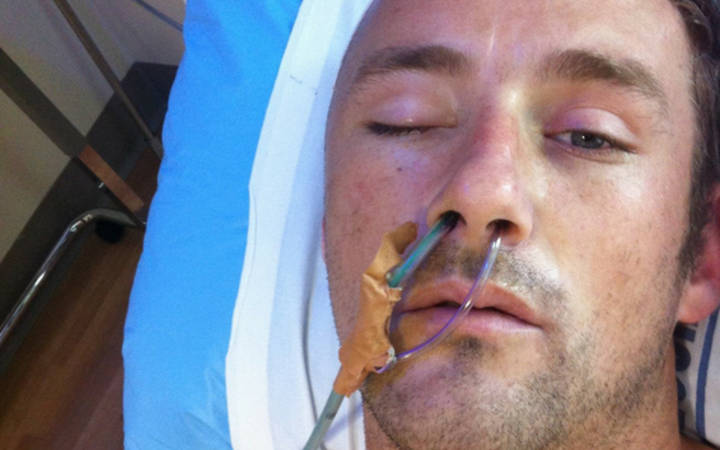 Benjamin Lightbody in hospital after the attack in Mt Eden prison in 2013. Photo: Supplied / Twitter

Mr Lightbody wants Corrections to release CCTV footage of the May 2013 assault so he can sue them for $20 million for not keeping him safe at the jail, which was run by Serco at the time.

But the department said it had deleted or lost some of the footage.

The Privacy Commission's investigation found Corrections interfered with Mr Lightbody's privacy by deleting, or losing, CCTV footage of the assault.

It referred his case to the Director of Human Rights Proceedings, Robert Kee.

Mr Lightbody said he received a letter last night from Mr Kee saying the office would be taking action on his behalf.

The Tribunal can award damages of up to $200,000 or send more serious cases on to the High Court.

Last week, the ex-inmate got copies of some footage last week, 11 months after he first asked.

Corrections opposes releasing CCTV footage on security grounds, but said it was now looking at how it could improve its technology to get around these concerns.

The department noted this was a large undertaking given it records huge amounts of footage.

It told Mr Kee's office that because it was looking at bringing in these changes, it "limits public interest in bringing proceedings in this case".