The men on a charter boat that capsized in Kaipara Harbour, killing most of those on board, were friends who enjoyed fishing together. 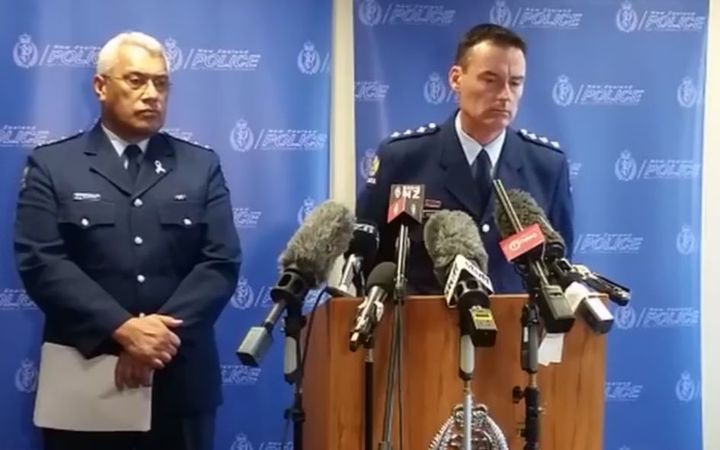 Seven men died and the search for one person who is presumed dead and the boat, the Francie, which capsized yesterday in Kaipara Harbour continued on Sunday.

Police are asking anyone who finds debris that they suspect may be from the Francie not to take it, but to report it to police immediately.

At a news conference this afternoon, Inspector Willie Fanene said everyone except for the skipper who was on board the capsized boat was of Pacific Island ethnicity.

He said they were men aged between 31 and 59 and they were a group of friends who liked to go fishing together from time to time.

One of the seven who died was the boat's skipper, William McNatty, known as Bill. 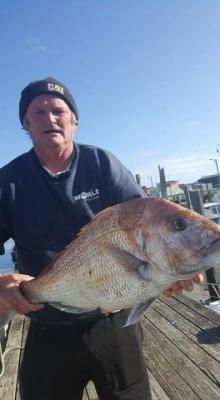 Inspector Fanene said the others who died were of Tongan, Samoan and Cook Island descent. He said the missing man was believed to be a Cook Islander.

He said police were liaising with families of the victims to support them and officers had been assigned to each of the families to help them.

Inspector Mark Fergus said all three people who had been taken to hospital after the accident have now been discharged.

He said one person is still missing but it is likely this person has also died.

On Sunday evening, police said the search for the missing person had been stood down due to bad weather but it would resume at 5.30am tomorrow.

At the news conference Inspector Fergus said an investigation was underway to determine exactly what happened and whether anyone was culpable.

"This is one of the largest maritime disasters in recent times with multiple victims and we have a victim identification process underway. This involves working with family members to identify the deceased and to support them during this time."

How the disaster unfolded

The vessel alerted the Coastguard that it was crossing the bar at 2pm yesterday afternoon, saying it was inbound across the Kaipara Bar with 11 people on-board, requesting a 60-minute watch.

An hour later an alarm was sounded in the Coastguard Northern Region Operations Centre when the Bar Crossing Report expired.

In a statement, the Coastguard Northern Region Operations Centre said attempts to contact the Francie via VHF Marine Radio and mobile had been unsuccessful, and local boats were initially unable to sight a vessel on the bar.

Dorothy Quaife is a radio coastguard in the harbour and said she heard the boat's skipper, Bill McNatty, announce he was crossing the south end of the Kaipara bar yesterday, but heard another boat make the distress call.

Ms Quaife said the area where Mr McNatty's boat overturned was one of the most difficult.

"It was a three or four metre swell yesterday and it has been a four metre one today," she said.

"He was the only one who went over the bar and all the others who were going to go out cancelled their trips and said they would fish in the harbour.

"One of the charter vessels even cancelled their trip in the harbour."

Three people found alive were winched to safety by a Westpac Rescue helicopter and taken to hospital. Seven bodies have been recovered. 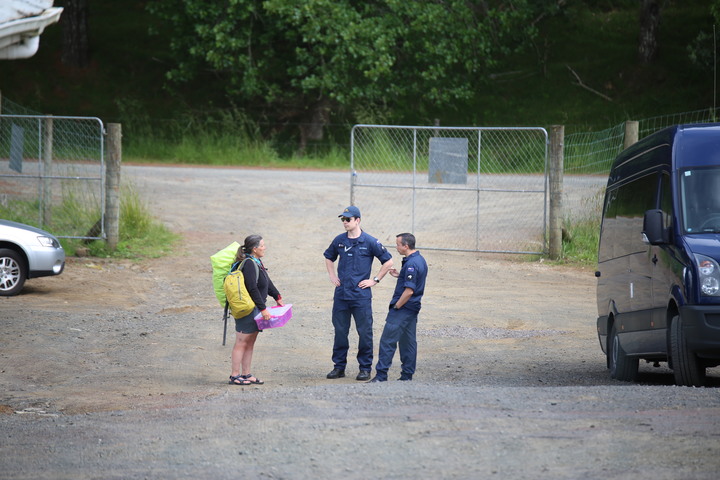 The search base at South Head. Photo: RNZ / Tom Furley

Police and LandSAR were still searching for one more person.

Inspector Fergus said there were life jackets on board the boat but it was not certain whether they were being worn. 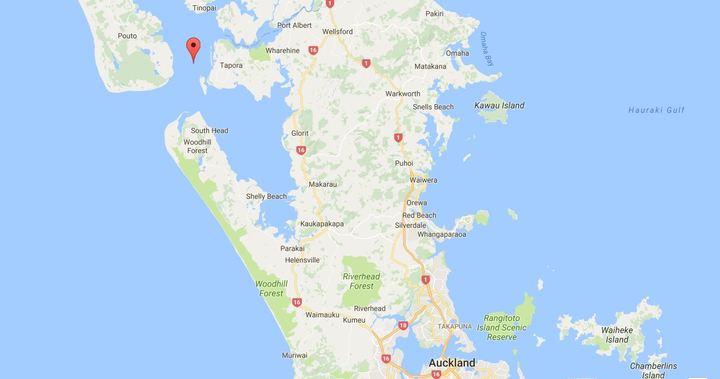 The search area was initially the Kaipara entrance and bar area and then progressed south based on conditions.

"It's never easy being part of an incident where you can't bring people home to their families. Our thoughts are with everyone involved."

Inspector Duncan Hall said conditions had not been suitable for an air search to continue last night due to a significant sea swell. Visibility was poor and would have put rescue aircraft and their crews at risk. 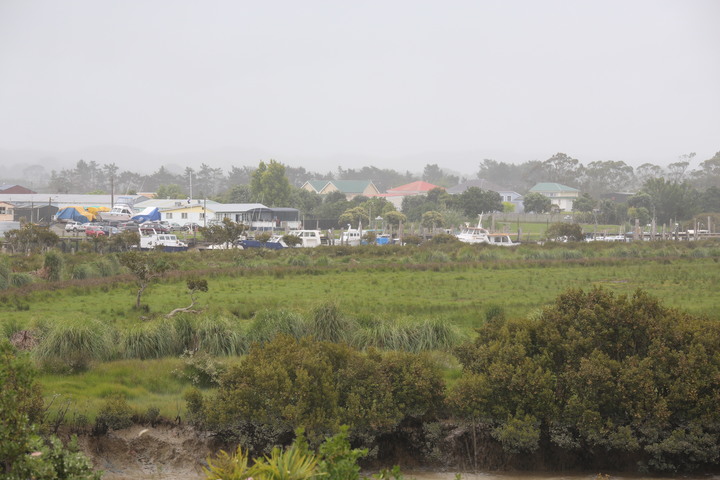 Chartered boats and vessels at Helensville where the Francie was kept. Photo: RNZ / Tom Furley

The Transport Accident Investigation Commission has opened an inquiry into the incident.

Coastguard operations manager Ray Burge said its plane had been searching the area and he understood the police Eagle helicopter had also been out.

"They have found quite a bit of debris, everybody's who's been out there searching . . . so it's quite evidential as to where any person or where more debris will be found by where they're currently finding stuff."

Mr Burge said the weather conditions were not perfect yesterday and it would not have been good for small boats to be out, but the Francie was quite a large vessel.

"We only have a small number of vessels that size in that area that go out."

He said he could not comment on whether the boat should have been out in the conditions because he did not know its capability.

However, he praised the charter operation for alerting the Coastguard that it was crossing back inshore.

"Had they not logged that, it could have been a number of hours before they were actually reported overdue and that would have changed the game considerably for everybody."

He said this was not the first bar crossing the Coastguard had received from that particular vessel, which went out on a regular basis.

"Every time it crosses the bar it does do a bar crossing report with us." 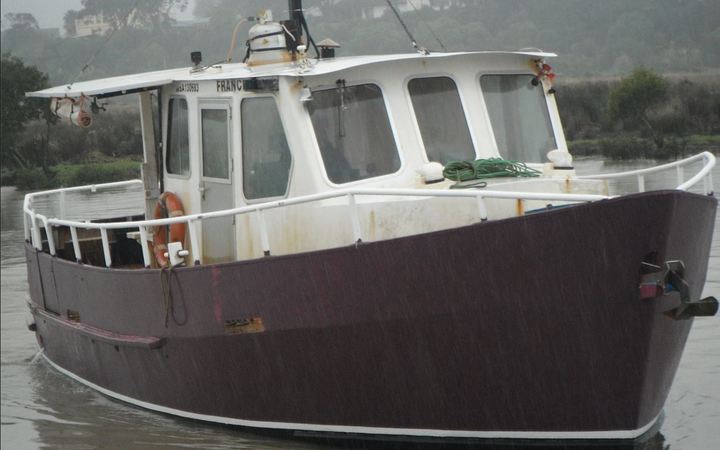 Owner of Kaipara Cruises Terry Somers, who knows the skipper Bill McNatty, said the community was close knit and the events had been a shock.

According to Mr Somers, about half a dozen commercial operators on the harbour and they all knew each other.

"It's a small community, everyone knows everyone else and everyone's sort of reeling with a little bit of shock up here at the moment."

"It's all very sad because all those people, it's obviously right on Christmas and there will be fathers on board whose kids are not going to have fathers there for Christmas.

"It's all pretty horrific, I think the whole community's sort of numb about it at the moment." 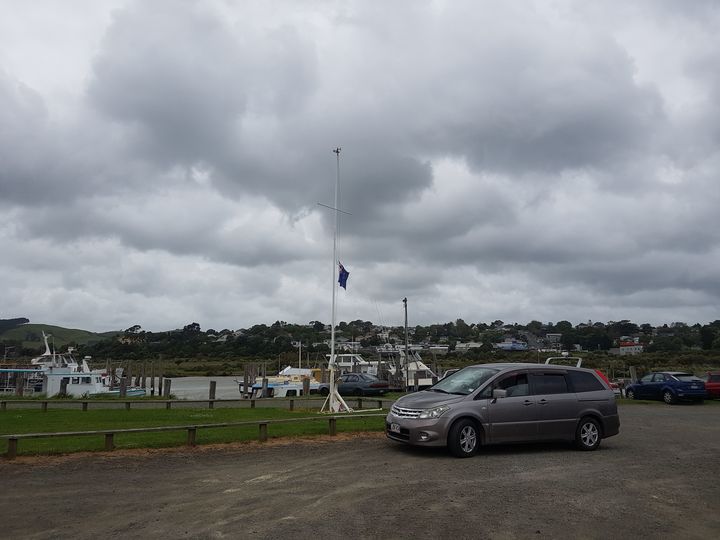 The flag at the Kaipara boat and fishing club being flown at half-mast. Photo: RNZ / Tom Furley

Mr Somers said the Kaipara bar could get very rough and be quite bad.

He said he personally would not have gone out over the bar yesterday.

Mr Somers said the Francie was a 12m steel-hulled vessel which he thought was about ten years old.

"It was a reasonable vessel to do that work."

He said Mr McNatty was a nice guy and a hard worker, who set Francie Charters up about three years ago, "and he was working very hard at it".

Mr Somers said he understood Mr McNatty's daughter, who also lives in the Helensville area, had obtained her skippers certificate.

Former owner of the Francie, Rod Bridge, who runs Shamrock Charters, said he also had chosen not to take his boat out in the harbour yesterday because the conditions were too rough.

He said the accident had upset the whole Kaipara boating community.

"Everyone's pretty dropped about it."

He said he sold the vessel to Bill McNatty several years ago, but did not know him very well.

The most recent Maritime tragedy of this scale, which was called the worst since the Wahine tragedy in 1968, was in 2012 when a fishing boat the Easy Rider, capsized off the northern tip of Stewart Island.

Eight of those on board drowned and there was one survivor who described how the boat was swamped by a rogue wave.

Last year 10 people died due to boating accidents, and 9 in the year before.