A new report suggests young water that does not meet drinking standards could be infiltrating Havelock North's water supply. 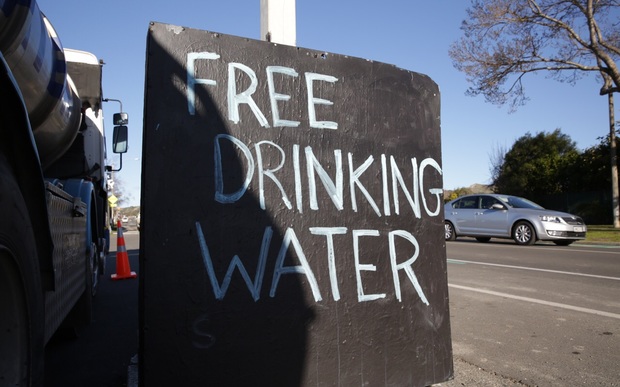 The Hastings District Council will consider treating the region's drinking water differently because of the GNS Science report, released yesterday.

The GNS report indicated three wells could draw water that was younger a year old, and would therefore not meet New Zealand's drinking water standards.

Hastings Mayor Lawrence Yule said young water could carry bacteria, where older water was considered safer as organisms such as campylobacter could not survive in it.

He said the finding was significant.

Because the new water got into the aquifer, it would need treating in several bores.

"That's going to be a significant expense to my community," Mr Yule said.

Mr Yule said a $500,000 UV treatment would be in place for one bore in the next few weeks. More UV treatment plants were likely needed.

The source of the August mass poisoning was yet to be determined. The GNS report was the latest information to indicate a potential cause.

Last Friday, the Hawkes Bay Regional Council (HBRC) filed proceedings against the Hastings District Council for breaching a resource consent. The breach was uncovered in an investigation into the outbreak.

The regional council is responsible for the aquifers.

Mr Yule said earlier he thought the regional council was blaming the district council's bore maintenance for the water contamination. He disputed that was the case.

The legal action meant the official government inquiry into the contamination was posponed until late January.

In a statement last night, the regional council said a team of 15 scientists - half of them "external" - ruled out the possibility the Havelock North contamination was caused by aquifers.