The offshore Maari oilfield in Taranaki has been shut down after a crack was discovered in the production platform.

The oil and gas company OMV said a 1.4m crack was found in one of the platform's horizontal struts about 4m below the water line. 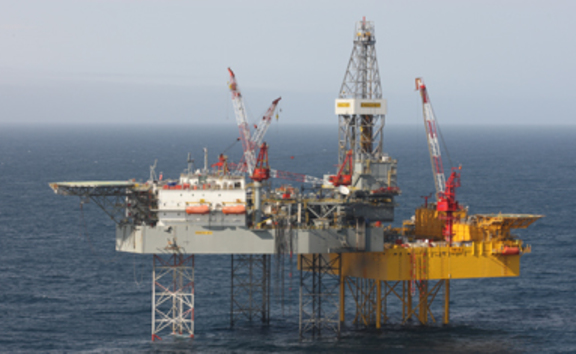 The company's regional vice-president Gabriel Selischi said oil production has stopped and just under half of the staff have been evacuated with the rest to leave over the next couple of days.

The crack is in a part of the rig most exposed to wind and wave action, and with bad weather forecast and current earthquake activity the company was taking a precautionary approach, he said.

Mr Selischi said the crack was being stabilised ahead of repairs and there was no safety risk.

"We have taken expert external advice which confirms there is no risk to people or the environment."

The Maari well is about 80km off the Taranaki coast and sits in about 100m of sea.

Maritime New Zealand says there was little likelihood the damage would result in an oil spill.

Head of safety and response Nigel Clifford said the regulator was so far satisfied OMV was acting appropriately.

He said the cause of the crack was unknown and being investigated.