For the first time a psychologist has won New Zealand's top award for excellence in science, social science and technology. 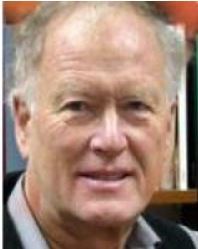 Prof Corballis, 80, was the brain behind mental time travel - recalling memories and travelling to the future, much like imagining yourself on holiday somewhere - and has 50 years of other psychology studies under his belt.

Growing up near Marton, in the central North Island, Prof Corballis' parents wanted him to enter a profession. It was not to be.

"It was sort of a disaster really.

"I started out in engineering, but I didn't really get past first year and then I did mathematics, and then I worked for an insurance company. All that time I didn't particularly like what I was doing so I simply went back to university at night and finished a degree in psychology.

"I kind of got hooked from that point."

President of the Royal Society of New Zealand Emeritus, Professor Richard Bedford, said this was a first because in the past the award normally went to people in medical and physical sciences or mathematics.

"He will be the first psychologist [to win the award], just as Dame Anne Salmond was the first as an anthropologist to win it some years ago."

The winner of the Beaven Medal for excellence in translational health research, Professor Jane Harding, developed a $2 oral sugar gel used on the inside of newborns' cheeks to treat low blood sugar.

It's now used in three-quarters of birthing units in New Zealand.

Fifteen medal winners in total were celebrated at the Transitional Cathedral in Christchurch.