Ambulance services are dealing with an increasing number of callouts involving elderly people. 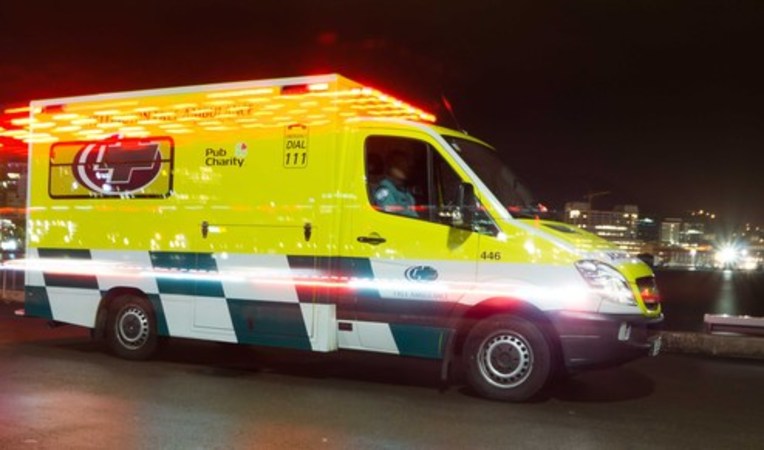 The wave of baby boomers has resulted in a rise in 111 calls from older people injured in falls, suffering from worsening medical conditions, back pain, chest or urinary tract infections or other ailments, one ambulance operator says.

Wellington Free Ambulance, the country's only free ambulance service, says non-emergency callouts make up a significant portion of its work.

The ambulance service has treated many older people with these conditions at home with specialised paramedics, rather than take them to hospital.

Medical director Andy Swain said the scheme meant specialised paramedics could attend 111 callouts in a car - instead of a fully-manned ambulance - and provide treatment at the patient's home.

The scheme has operated in the Kapiti Coast for several years and more recently in Porirua.

"If you're looking at Kapiti Coast, there's a predominance of over 80s who are needing healthcare at home who are calling 111," he said.

"Calls from the elderly that don't reflect an immediate emergency that is likely to require admission to hospital are assessed by either a senior paramedic who could ring the patient back, or a nurse.

"By having a dialogue with the patient they often find that there's a better form of healthcare for them than an emergency ambulance and the possibility of a journey into Wellington."

"If we look at 111 calls for either low acuity, or very low acuity, we're looking at half our workload, and we do need to deal with that in a better way, we can't just scoop those patients up to the emergency department all the time. So this is something that's driving us forward to delivering the right care, to the right patients, in the right way at the right time."

"Most people don't want to go hospital. Most people would rather stay home.

"I think where they can, they should, so that's a great initiative. It can be a traumatic experience [for some people] to be bundled up and loaded into an ambulance and all the rest of it, but if you're in familiar surroundings then that's a good thing."

Auckland University Gerontology professor Matthew Parsons said it was the right approach for an ageing population.

"If we continue to transport older people to the emergency department in the same way as we always have done, it will increasingly provide too much pressure to the emergency department, to the extent that they can't cope, so if we can divert earlier, than that's a significantly better way to go [about it] and the ambulance crews are a very pivotal part of that," he said.

"The benefit for an older person around having that community response is that they don't have the six hour wait in the emergency department, they don't the two to three days in hospital, and it puts them less at risk of acquiring infections in hospital," he said.

The number of people aged over 65 is expected to more than double in the next 20 years, reaching well over 1.2 million.

That was taken into account when, earlier this year, ACC announced it would invest more than $30m in helping older people prevent falls.