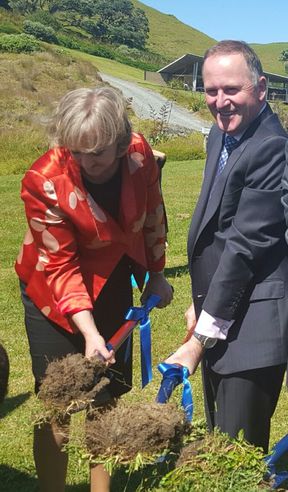 The $500 million Hawaiki Cable, which is backed by New Zealand developers, will link New Zealand to Australia and Hawaii, and land at Portland in Oregon.

Mr Key turned the first sod this morning for the landing station at Bream Tail near Mangawhai.

He said the project would provide competition for the country's existing connection, the South Pacific Southern Cross Cable, but noted that there had been debate about whether New Zealand could support two cables.

"Firstly the digital demand is so great these days, and the use is exponentially growing. Secondly, these cables only last 25 years, so Southern Cross is actually coming near the end, effectively, of its economic life."

The new cable will be in use by 2018, and will be capable of sending more than 3000 DVD films in one second.