A central Wellington building to be demolished after the 7.8 earthquake contains asbestos.

The 10-storey building at 61 Molesworth Street is at risk of collapse in a strong aftershock, forcing the evacuation of surrounding buildings and homes.

Ceres, a specialist company which demolished many quake-damaged high-rise blocks buildings in Christchurch, is to carry out the work.

People were unknowingly living illegally in the disused office block at the time of the earthquake. 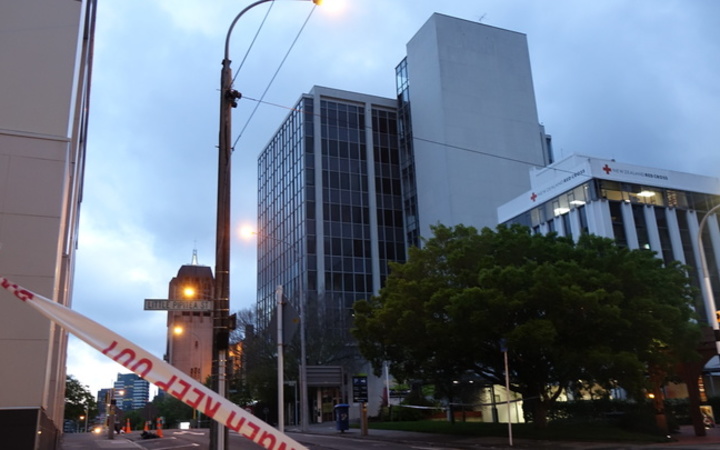 New Zealand manager of Corporate Property, Bernie de Vere, told Morning Report the building is known to have asbestos, as are most buildings of that vintage.

It was probably white asbestos, but it was not clear how much was in the structure.

High-pressure water would be sprayed on the area being demolished to prevent the spread of dust, he said. The water goes among the rubble that will be carried away.

"Any material that's being carted away will be covered and we'll have air monitoring posts all around the building so we will know if there's any asbestos in the air and we would stop work."

Mr de Vere said there would not be a public health risk but personally he thought it was best for people to "keep well away", as with any of these demolitions.

Barriers would be going up along the Molesworth Street frontage and Mr Vere hoped demolition would start on Friday.

"We estimate that it'll take about two weeks to have the building down and probably up to 12 weeks to clear the site completely."

The high-rise building was damaged in the 7.8 magnitude earthquake that struck near Hanmer Springs just after midnight on 14 November.

It is one of three buildings in the capital with confirmed structural damage from the quake. The other two are Statistics House and the car park building near Reading Cinema on Couertenay Place. A report on a fourth building, Defence House, was due on Friday, but the New Zealand Defence Force (NZDF) has not made the report public.

The building on Molesworth St was a disused office block, but it has emerged people were living in the high-rise. The rentals were not an authorised use of the building, Wellington City Council said.

The building is cordoned off.

The earthquake caused the most extensive damage in Kaikoura, as well as in other parts of north Canterbury and Marlborough.

RNZ has kept a running list of all the buildings affected since the quake last Monday morning, and has marked them in the map below.

In Lower Hutt, roads and walkways near the Queensgate shopping centre have closed while work continues on its quake-affected carpark.

Hutt City Council has shut the footpath and road on the corners of Waterloo Road and Bloomfield Terrace.

Engineering firm Beca said the carpark was not at risk of collapse but could experience more structural damage if there was a large aftershock. Part of the mall will also stay closed.

Meanwhile the closure of the Vodafone headquarters on Lambton Quay is not due to the earthquake, the company says.

The 130 storey building was evacuated yesterday because a possibly hazardous sustance was found, and testing is still under way.