Four Queensland fruit fly larvae have been discovered in a piece of fruit seized at Wellington Airport. 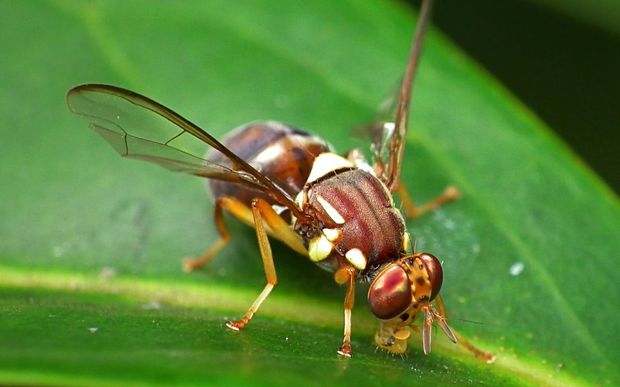 The fly is regarded as one of the worst horticultural pests in the world.

The Ministry for Primary Industries said its staff found the larvae earlier this month, in a mandarin carried by an Australian passenger arriving from Melbourne.

The fruit was detected on an X-ray scan of the passenger's bag, before a closer inspection uncovered insect damage on the mandarin skin, and larvae underneath.

The traveller was fined $400 for failing to declare the piece of fruit.

So far this year, workers at the border have made 11 such interceptions.

The ministry said keeping fruit fly out of New Zealand was one of its highest priorities.

Early last year a total of 14 fruit flies and larvae were found in an Auckland suburb, with restrictions imposed in response.