Some wildlife enthusiasts are angry at being ordered to stop rescuing paua from uplifted sections of the coastline south of Kaikoura. 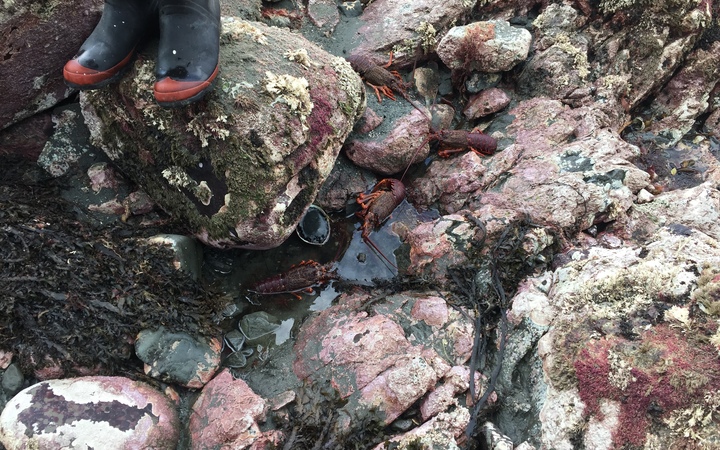 The Ministry for Primary Industries said pāua would bleed to death if cut and it was better to let them migrate back to water by themselves.

MPI is urging people not to try to rescue pāua and it said many people did not realise pāua were haemophiliacs, and needed very careful handling.

Mike Vincent led enthusiasts to save the pāua, but they were ordered yesterday to stop by what he called "a ministry official sitting at a desk".

"At the end of the day, I'm here doing something because I see the disaster that's actually taking place," he said.

"This man is sitting in an office, he's probably done a paper on it and he thinks that his words of wisdom are going to save this fishery in Kaikoura - it's not.

"Pāua don't live out of water."

Mr Vincent said his team saved thousands of pāua before being stopped.

But MPI said many of the stranded pāua were brood stocks and should be left to migrate by themselves into deeper waters over time.

"We respect the aims and the efforts of the paua rescuers but any paua still alive after a week will stay alive. The best thing for them now is to be left alone," a spokesman from MPI said.

An earlier warning urged people not to take stranded pāua for eating, as that could reduce total stocks.