One of the cordons in central Wellington will be reduced, as city authorities defend the handling of the risk of quake-damaged buildings in the capital. 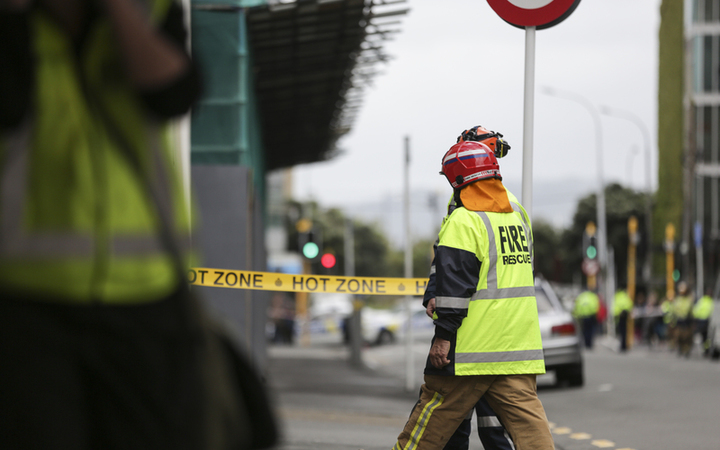 Specialist engineers advised the Wellington City Council that the cordon between Courtenay Central and Tory Street could be reduced.

The area was closed on Thursday after engineers raised concerns about the safety of a nearby parking building, which was damaged by Monday's 7.8 magnitude earthquake.

It is one of three buildings in the central city considered unsafe, alongside Statistics House and 61 Molesworth Street. A further 16 buildings were on a list of buildings of concern.

Apartment dwellers on the eastern side of Tory Street could return to their homes this evening. Some businesses were expected to reopen tomorrow.

Businesses on the southwest corner of the Tory Street intersection, including Mama Brown's, Hot Yoga and Brendan Motors, could resume trading.

Occupants of buildings between Courtenay Central and Tory Street, including those in the Maison Cabriole apartment building, might not be able to return for up to four weeks.

Earlier today, Wellington Mayor Justin Lester defended the council's decision to re-open the CBD on Tuesday, saying it was based on the best advice from engineers at the time.

Mr Lester said the council hoped to further reduce the cordons by early next week.