Three men have been arrested after property was stolen from a train stuck on State Highway 1, between Clarence and Kaikoura.

The train was trapped between two slips brought down by Monday's magnitude 7.8 earthquake. 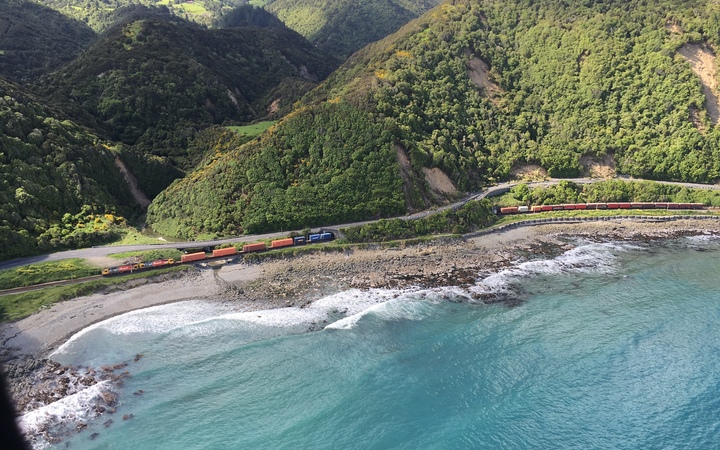 A train is trapped between slips on SH1 after Monday's earthquake. It is unclear if this is the train that was looted. Photo: RNZ / Tim Graham

The police said they received a report on Wednesday night that the train had been burgled.

They had arrested three local men aged 18 to 26 years old.

Police had recovered some of the property and were looking for the rest.

Acting Civil Defence Minister Gerry Brownlee said there were provisions in the law to deal with this kind of behaviour.

"We would expect a court to recognise the whole circumstances here, I think it's the aggravating factors aspect of the law and, frankly, if the book is not thrown at them with the full weight of the law, then questions would need to be asked at that point."