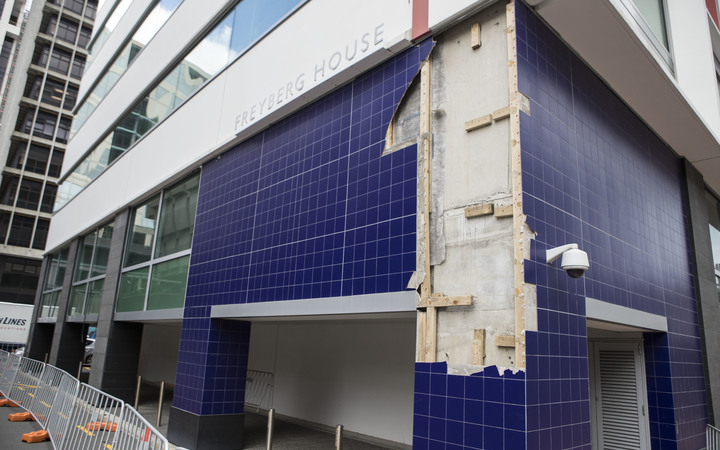 A number of buildings have been closed in the capital due to earthquake damage. Photo: RNZ / Aaron Smale

Small parts of the inner city were closed after Monday's earthquake, and people were told to stay away while council engineers did external inspections - but it was mostly business as usual on Tuesday. 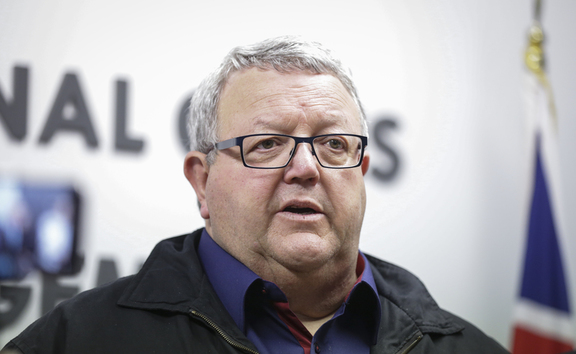 Subsequent checks over the following five days have identified at least three buildings with structural damage that would pose a serious risk to the public in a strong aftershock.

The Reading car park building near Courtenay Place and the former Deloitte Building on Molesworth Street have both been identified by engineers as being seriously weakened by Monday's quake or the subsequent aftershocks.

While the buildings are cordoned off now, until the damage was detected Wellingtonians were walking, working and living nearby.

The council was dealing with the situation "totally appropriately", Mr Brownlee told reporters this afternoon at Parliament.

He had met with council officials today and was confident about their processes, he said.

"Started the day concerned, I'm much more comfortable now about the process they're using."

The minister said there was no justification at the moment for any cordons, other than around dangerous buildings.

"One of the gaps that exists is the willingness of the private sector, particularly private landlords, to share their information with Civil Defence and with the Wellington City Council."

Mr Brownlee said landlords were obligated under the Health and Safety Act to provide information on the state of their buildings.

"Where buildings are in a comprised state it would be preferable that there is a co-operative environment, but Civil Defence does have powers to act, and they will, in the interests of public safety.

"The city council and Civil Defence do have good processes."

Mr Brownlee said there had been a number of "pretty grunty" earthquakes since Monday's large one, and each of those could do a little more damage to buildings.

"That's why there has to be the rolling assessment process that's been used at the present time," he said.

Society of Earthquake Engineering president Peter Smith said it would have been prudent to close off the central city until the extent of damage was better assessed.

"It certainly was a very significant earthquake.

"Maybe we need to be a little more cautious after such an earthquake before we start entering and occupying those buildings."

Christchurch earthquake survivor Ann Brouwer said the council should have been more conservative about allowing people back in the CBD.

She was crushed and saw fellow passengers die when masonry fell on their bus on Colombo Street in the 2011 earthquake.

She said the death toll could have been lower.

"History could have been very different if Christchurch had taken a more conservative view of excluding people from the vicinity of buildings that we were a little bit unsure of."

But Wellington's newly-elected mayor, Justin Lester, said the decision not to close off the CBD in the immediate aftermath of the quake was made on expert advice of council staff and the Wellington Regional Emergency Management Office.

The decision not to close off the CBD had subsequently been endorsed by central government, including Prime Minister John Key and Mr Brownlee.

But, in Christchurch, Ms Brouwer had a message for Mr Lester and his council staff.

"If I could talk to the city council, I'd say think about how you're going to sleep at night if your overly optimistic predictions turn out to be wrong."

Officials have already announced they will investigate how Wellington's multi-storey buildings stood up to Monday's earthquake, focusing on Statistics House which was one of the three buildings identified with serious structural damage.