Earthquake damage to Wellington buildings has given impetus to a plan that could lead to some public services being shifted out of the capital.

A draft policy recently adopted by Local Government New Zealand would be advanced with more urgency, the organisation's president said. 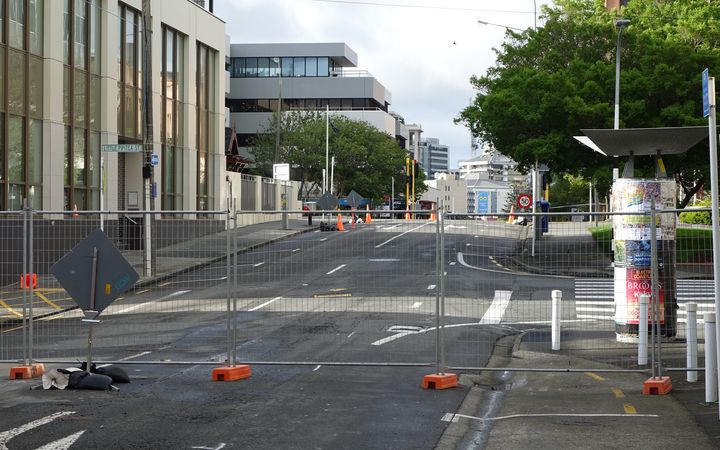 Lawrence Yule said it was a political priority for the organisation, and it was time to re-think New Zealand's hazard risk management.

"It can be soundly argued that how we distribute centres, people and key infrastructure - including government infrastructure, needs to be reconsidered," he said.

He said the damage in Wellington should show the government it needed to make its services more resilient.

"We have to see this as a warning and start to plan for a more resilient future. What worries me is that we get complacent - we get through this and five years, 10 years down the track we have another big quake and we look back to 2016 and we think, 'why didn't we learn our lesson'."

In July, Local Government New Zealand backed Mr Lawrey's proposal to have some state services shifted from Wellington to the regions.

The remit passed with 73 percent support at the national organisation's annual meeting.

Mr Lawrey said it made sense in the past to group government services in one place, but modern communications technology made it possible to run services from regional centres.

He acknowledged it would have economic consequences for the capital.

"For sure, but you'd always keep a policy and political arm of government departments and ministries in the capital because they'd need to be close to the politicians - there's no question about that. But I think about things like the Ministry of Education's property office - does that need to be in Wellington? Could that perhaps not be in Palmerston North? Are there parts of the Department of Conservation that could perhaps be run from Nelson?

"I think we have to start looking at these things and I'm calling on the government to start thinking about the future," Mr Lawrey said.

He said a redistribution of services could save the taxpayer money, given the high cost of rents in Wellington.