A large slip at the Ohau Point seal sanctuary near Kaikoura may have killed seals and forced them to find another breeding spot. 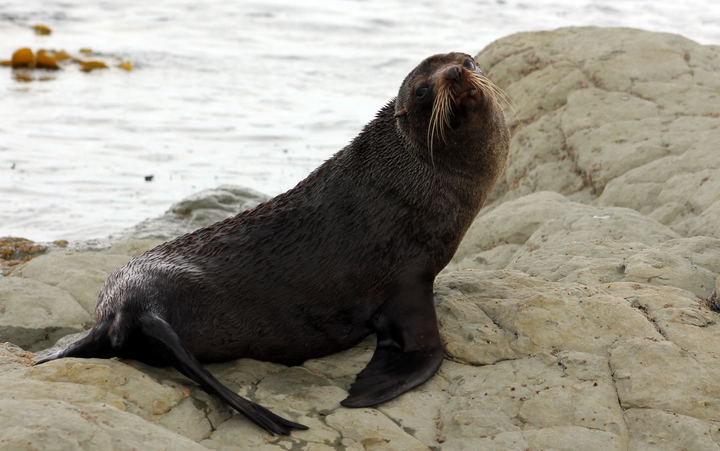 Mosts seals would have been foraging at sea when the slip came down, but some deaths were possible, DOC says. Photo: Wikimedia Commons / somaholiday / Creative Commons 2.0

DOC marine species and threats manager Ian Angus said images indicated the landslides at the sanctuary, 30km north of Kaikoura, were likely to have resulted in casualties. Some seals were likely to have been out at sea foraging when the slip came down.

There were places north and south of Ohau Point where seals could rest, Mr Angus said.

"It is clear from reports that the recent earthquakes have impacted upon wildlife, including seals, penguins and seabirds. DOC's immediate priority in the aftermath of the earthquakes is to assist Civil Defence with the recovery effort, including ensuring that structures and tracks are safe."

DOC ranger Mike Morrissey said the landslide may force seals to find another spot to breed.

He said breeding season was yet to start so most would have been at sea when the earthquake hit.

The seals were due to return to land to give birth in a couple of weeks. It was not known whether they would do so at the same place or find a new one.

She said birds would be on eggs so it was a devastating loss for an at-risk species.

Sad news from Kaikoura where half of one of two breeding colonies for Hutton's Shearwater has slipped away. #EQNZ https://t.co/HRrvOuBQdO pic.twitter.com/q5ITReZUUD

Mr Angus said the earthquakes may have affected other species such as blue penguins.

"Seals and seabirds are often found breeding or resting in exposed areas, such as a cliff or seashore, and so may be prone to further slips or landslides.

"It will be important that the safety of the researchers can be ensured before visiting seal or seabird colonies. For this reason, a full assessment of the impact of the earthquakes on our wildlife may take several weeks."