There is still a risk of tsunami being triggered by aftershocks following the deadly magnitude 7.5 quake centred near Hanmer Springs, a marine geologist warns. 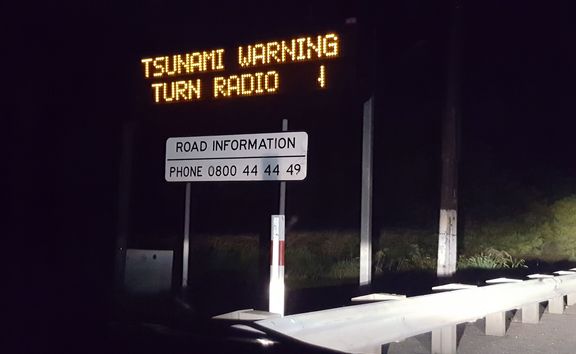 Dr Joshu Mountjoy led research into the Kaikoura canyon off the South Island's east coast in an attempt to understand the potential hazard posed by underwater landslides generating tsunami.

He told Nine to Noon a large event like yesterday's quake will have "shaken the canyon a lot".

"It will have damaged the rock material to some degree. [The] potential is there that there is some very weakened parts of the canyon rim that are now susceptible to failure and may not take too much of an earthquake trigger to make them fall."

Dr Mountjoy said it wasn't a huge issue for people in Kaikoura township or north of the peninsula but South Bay and Oaro were "vulnerable". It was known tsunami there could reach a few metres in height and there would be little warning.

"After any large aftershocks people should move to higher ground. The key message is to stay away from the coast."

Dr Mountjoy said there was a good understanding of faultlines in the area but this quake had shown there was a gap in knowledge around ruptures which began on land and then travelled out to sea.

The key initial element was understanding which faultline the quake had originated on. It was too early to say what it meant for the future.