Today's earthquakes threw schools and students into turmoil in much of the lower North Island and upper South Island. 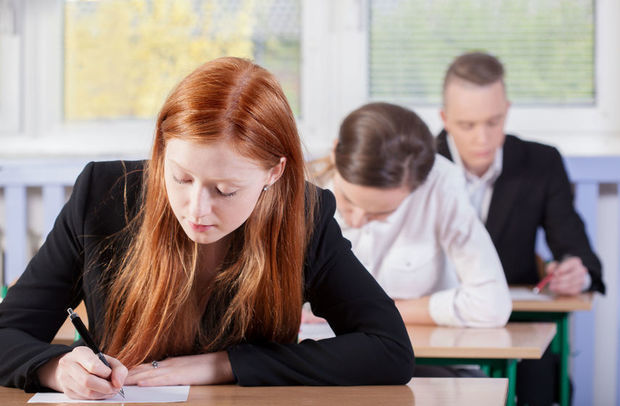 A severe 7.5 magnitude earthquake, centred near Hanmer Springs, shook much of the country at 12.02am today and has been followed by numerous aftershocks.

The Education Ministry said 276 schools closed out of the 524 in Wellington, Nelson-Marlborough and Canterbury. 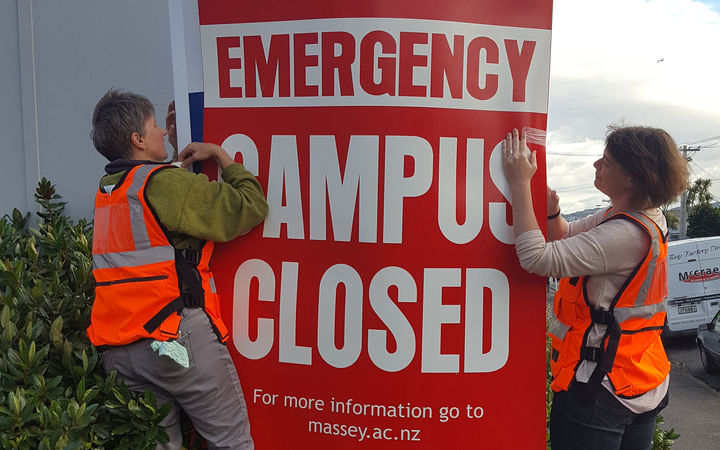 The disruption was particularly felt by secondary school students sitting the six NCEA and two Scholarship exams scheduled for today.

The ministry said 44 of 97 secondary schools in the affected regions closed and were unable to provide NCEA exams.

The schools had been told they could open single-storey buildings after making visual checks, but multi-storey classrooms required clearance from an engineer.

St Patrick's College in Kilbirnie was one of the few schools in central Wellington to open for NCEA exams.

Principal Neal Swindells said students were told to come along if they felt up to it, and some even came from other schools.

"NZQA should have moved the exams.

"It's been a bit of a mess because we've had all sorts of kids from other schools turning up wanting to do their exams with us and, while we've allowed some of them because they give you some extra papers, we had more than we cope with so we've had to turn quite a few away from other schools."

Mr Swindells said about 43 of his students did not come to the exam, and somewhere between 15 and 20 came from other schools.

"We've also turned some away and we've had knocks on the door this morning saying, 'What do we do tomorrow if we can't sit our exam, can we come to St Pats?', and I've had to say, 'Look, no, you've got to deal with your own school.'"

The New Zealand Qualifications Authority (NZQA) said students who missed their exams or who felt their performance was impaired by the disruption of the earthquakes would be able to apply for a derived grade based on their performance in other assessments during the year.

It said derived grades were not possible for Scholarship exams, so it postponed the two scheduled for today.

But the principal at John Paul College in Rotorua, Patrick Walsh, said his school and several others did not get that message until their students were part-way through the Scholarship history exam.

NZQA said it would offer a new exam paper for that exam.

Education Ministry deputy secretary Katrina Casey said it had been prioritising checks of secondary schools so that NCEA exams could continue tomorrow.

She said most, if not all of the schools that had been closed today in Wellington, Christchurch and the area just north of Christchurch should be open tomorrow for exams.

"They may not have all their buildings open, but we're working with the schools to make sure they have good safe facilities for exams."

Ms Casey said the ministry had less information about schools in Nelson-Marlborough, especially near Kaikoura where she said one of the main concerns was about the availability of water.

Wellington teen Asha Barr estimated that she only slept for about three hours last night and she said she had mixed feelings about the cancellation of her Level 1 science exam today.

"Really kind of upset at the start because I'd been studying three or four days straight for it and I didn't do that well in the mocks [exams]. But then I got more information that they weren't going to take it just on the mocks," she said.

"I'd much rather it be cancelled than me sitting in an exam room freaking out about aftershocks."

Year 12 student, Jethro Jones Long, was not happy that his Level 2 classics grade would be derived.

"I'll get a much better grade I think from the real exam. I've got a lot more exams coming up. I guess the best thing would be to move past it, but it's still a bummer."

Nelson student Max Meffan said he would have preferred to sit his two Level 1 exams today because he had put in a lot of study and was hoping to get excellence grades.

He said he was a bit nervous about the outlook for the rest of the week.