Some popular swimming spots in Canterbury are now cleaner than they were a year ago, but most people still face a long drive to find somewhere safe to swim. 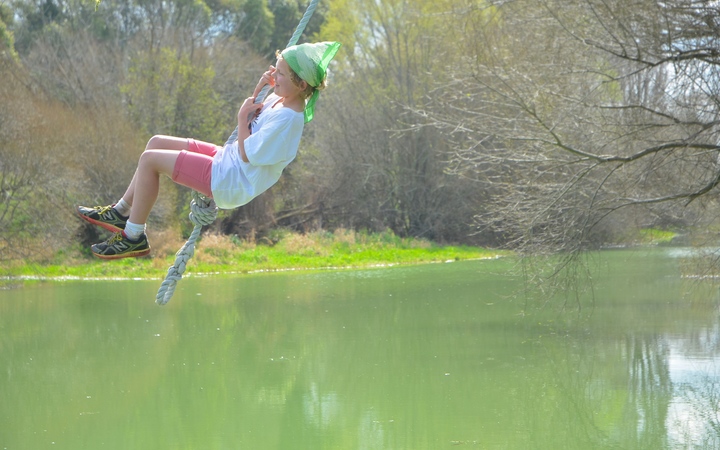 Rosie Glover swings over the Selwyn River. She does not swim anymore because of the toxic green slime covering large stretches of it. Photo: Mike Glover

New figures show that of 52 locations monitored by the Canterbury Regional Council last summer, 12 showed an improvement on the summer before.

Only one spot, South Canterbury's Opihi River, worsened over the period - but it was still considered swimmable.

While popular swimming spots were improving, the picture was less rosy for rivers and lakes overall in Canterbury.

Last year the council revealed there had been a decrease in the number of waterways that were safe to swim in, from 74 per cent in 2010 to just 67 per cent by last year.

One swimming spot that had not changed was the lower reaches of the Selwyn River, where Mike Glover lives. The water quality there has the lowest possible rating.

"It's been a funny green colour over the winter. I mean, I don't know what it's going to be like this summer, but we wouldn't be encouraging our daughter to swim in there.

"It's got a toxic algae sign up there as well, that's on top of the e-coli.

"So it's pretty grim, makes me feel really angry really."

Mr Glover, who this year organised a walk for water hikoi to raise awareness of water quality problems, noted that most of the swimmable rivers were a long way from where most people lived. 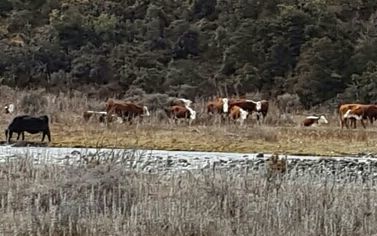 Cows near the Hurunui River in Canterbury. Photo: Supplied

The regional council, Environment Canterbury (ECan), credited farmers for the turnaround in the quality of some of the region's rivers and lakes.

Among the improvements was North Canterbury's Hurunui River, where water quality went from poor to fair.

ECan water scientist Tim Davie said the results represented a significant improvement, but there was still a lot of work to do to make waterways in and around Christchurch swimmable again.

"It's primarily through stock exclusion, so there are rules in place now, they have to be excluded, particularly in the lowland rivers but then people will go a lot further and fence and then plant up the edges of rivers so we're getting an improvement across from that."

There was compliance monitoring, but "fundamentally we rely on people doing the right thing and I would say that 90 to 95 per cent of the time they do".

"If people see examples of practices they think shouldn't be happening, there's a pollution hotline they can ring."

'Not out of the woods'

Canterbury medical officer of health Alistair Humphrey said the lowland streams, closest to where most people live, would take the longest to improve to a state where they were safe to swim in.

He said the latest results were pleasing.

"It shows that the Canterbury Water Management Strategy is heading in the right direction, it shows that farmers are definitely making an effort and they're doing the right thing.

"We're not out of the woods yet of course, we've got to keep going, but it is good news."