Police are calling for sightings of a white dinghy that might be linked to a woman who was stranded on an island in the Hauraki Gulf last week. 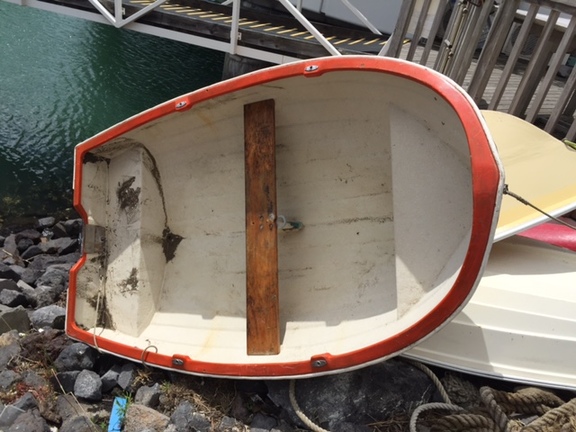 Police would like to hear from anyone who has information about the dinghy. Photo: Supplied

Police said she lit a large fire to try to get help.

Detective Sergeant John de Heer said officers were still trying to establish how the woman got to the island, and the circumstances around the fire, which destroyed 13 hectares of scrub.

He said a white dinghy with an orange trim, and no oars or motor, was seen floating between the island and Musick Point in the Auckland suburb of Buckland's Beach about 3.30pm on Monday - the same day that the woman told them she was first stranded.

"We also have no indication of who owns the dinghy so we're keen to return it to its owners," he said.

Mr de Heer said the woman had recovered from her ordeal, and it was too early to say whether charges would be laid over the fire.

The island is an unoccupied pest-free reserve frequented by shorebirds including endangered New Zealand dotterels and variable oystercatchers.