Thousands of patients are waiting for follow-up eye appointments through the Counties Manukau District Health Board but it says they are not urgent.

It comes after the Southern DHB said last week revealed its were overwhelmed and 30 people had had their vision deteriorate waiting for appointments. It had written to 4618 patents in this category telling them they would have to keep waiting for follow-up sessions.

Nelson Marlborough DHB also said it had 800 patients waiting for follow-up appointments - 300 to 400 of them for excessive times.

Counties Manukau DHB wouldn't be interviewed but said in an email it had 4900 patients waiting for follow-up appointments and 1531 for first appointments.

It added those waiting for follow-ups were "not deemed urgent" and if a GP had any concerns, an appointment could be deemed urgent and the patient would be seen within a couple of weeks.

"Further still, patients are given letters asking them to call if they have any concerns or feel they have a deteriorating situation."

Minor eye procedures, such as injections with Avastin for macular degeneration, for example, had risen by 2500 percent. Ophthalmology referrals also made up 18 percent of all Counties Manukau Health referrals received.

The DHB said it had a rapidly growing population of people aged over 65 and a high prevalence of poorly managed diabetes which can lead to diabetes retinopathy. It said ophthalmology staff vacancies persisted due to an international shortage.

"Despite our best efforts the demand for progressive eye conditions related to age and diabetes (i.e. glaucoma, age-related macular degeneration, and diabetic retinopathy) is growing at a dramatic rate that has meant the service has had to be innovative to keep pace with this demand."

But Stephen Ng of the College of Ophthalmologists said those waiting had conditions, such as glaucoma, macular degeneration and diabetes, which can all cause blindness if follow-up treatment is delayed.

He said while the DHB may be meeting government targets to see patients presenting for the first time within the target time frame of four months, there was no such timeframe for existing patients who were waiting for follow-up.

"That's a big part of the problem, that new patients are coming in the front door but we can't see the ones that we've already seen in the past and need follow-up." 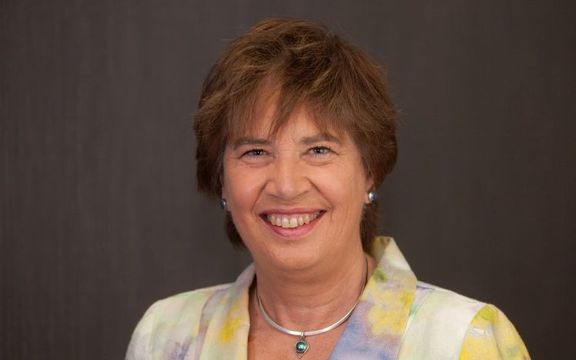 Ministry of Health chief medical officer Andrew Simpson said the Ministry was about to sign a contract seeking further work as a step towards bolstering services.

"We've got these bodies of work under way. We've got the contract hopefully signed within the very near future, we have got a meeting with the College of Ophthalmologists and Macular Degeneration New Zealand in the next few weeks where we're going to talk through these issues in more depth."

Mr Legh knew about the Amsler Grid test, which can help detect early signs of wet macular degeneration, which is serious.

He applied it at a meeting, using mullions or windowpanes on a building outside instead of paper lines in a grid. "I noticed that with my left eye things weren't normal and that the window mullions appeared as wavy lines rather than straight lines."

He received immediate treatment, with regular follow-ups, using insurance to go privately, and has good eyesight. "Without it my lifestyle would have changed, you know. I'd be probably looking for a guide dog and carrying a white cane."

Mr Legh, a consultant engineer, said he put up the Amsler Grid on the wall at his olive processing plant in Wellsford to encourage others to check their eyesight for signs of macular degeneration too.

"Three people picked up that they have an eyesight problem because of it, and the worse part about it was one of those three people was a doctor."