Police inspector Hurimoana Dennis says he will fight for the truth as he defends charges of kidnapping a teenager. 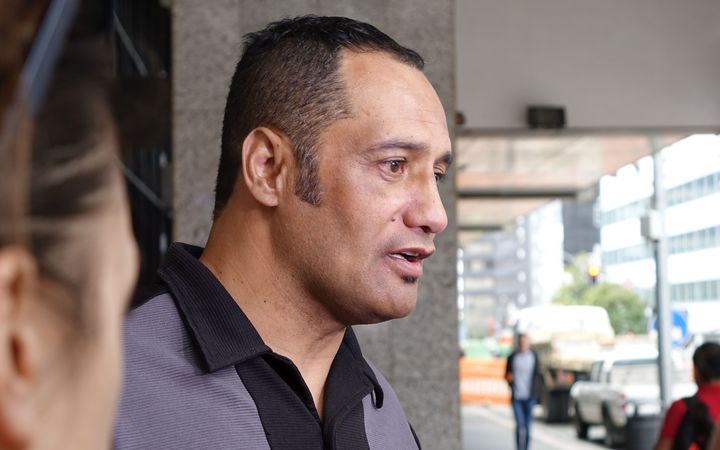 He appeared briefly with his co-accused, Vaughan Perry, before a registrar in the Auckland District Court today.

Mr Dennis, who is also chairman of Auckland's Te Puea Marae, has been stood down from his role with police since last September, pending the police investigation.

A 17-year-old laid a complaint with police accusing Mr Dennis and Mr Perry of carrying out a "mock arrest" by putting him in a cell at the Auckland Central Police Station.

Mr Dennis' lawyer, Steve Bonnar QC, entered a not-guilty plea on his client's behalf and told the court they would elect trial by jury.

Outside court, Mr Dennis said, no matter what happened, they would fight for the truth and hold onto the wishes of truth and honesty of God.

Speaking in te reo Māori, he said "he maunga teitei" - they face a lofty mountain - but would stand strong together as a whānau, no matter what happened.

Mr Dennis said he would hold fast to hope and faith as he defended the charges.

It is understood Mr Dennis was trying to stop the teenager's sexual relationship with an under-age girl and that he had the full support of the boy's family.

The pair are due back in court in February for a hearing, where a date for their jury trial could be set.