Aurora Energy will spend $30 million on replacing rotten power poles, but a linesman's widow says it is 'unbelievable' they are so far behind.

The issue has been raised in recent weeks after former Delta Energy linesman Richard Healey said there were still thousands of rotting and unsafe power poles in Dunedin - a claim which is now being investigated.

Aurora Energy, which along with Delta is responsible for power poles in Otago, released a statement this evening confirming that it would fast-track the replacement of degrading poles, with high-priority poles to be replaced within 14 months.

"The Board of Aurora Energy has taken the decision to fast-track our ongoing pole replacement programme and replace the highest priority poles in 14 months," the statement said.

The company agreed to spend an additional $26m on its replacement programme, on top of the $4.25m already budgeted for the job.

The rate of replacement will rise from about 50 poles a month to 300 a month, and poles near schools and high density public areas will be replaced first, the company said.

Dunedin mayor Dave Cull said he was pleased to hear the news.

"From the outset, my number one priority in this situation has been safety - of the public and of the workers.

"I have demanded reassurance from Dunedin City Holdings that there is no immediate health and safety risk from rotting power poles falling over.

"I'm pleased Aurora has clarified the risk classification system that implied large numbers of poles needed to be replaced within prescriptive timeframes, when in fact the risk assessment process acts to prioritise replacing dangerous poles ahead of other categories of poles.

"Today's announcement provides a level of assurance and I am pleased there is now clarification around the plans to replace all the high priority poles as quickly as is practicable." 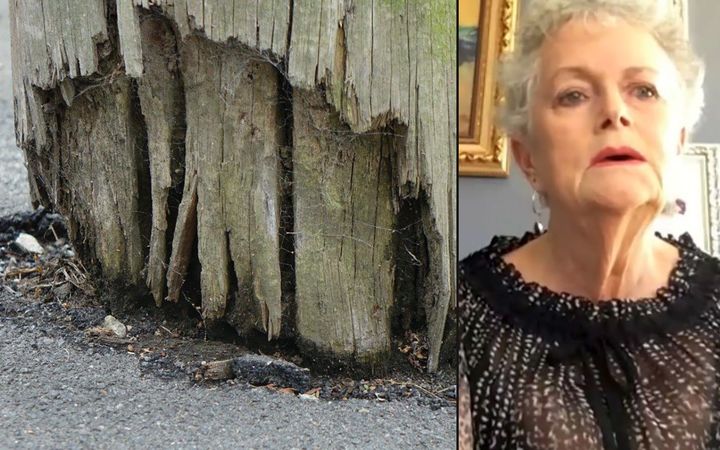 But the widow of a man who died in December 2010 when a power pole toppled over while he was working on it said it had taken too long to get to this stage.

Karen Steel's husband, Roger, was electrocuted when a pole in Millers Flat, near Roxburgh, toppled over, throwing him down a river bank.

Mrs Steel said Delta and Aurora - which are owned by Dunedin City Council - needed to sort out its priorities.

"It's unbelievable that there are so many poles that are red flagged and they're so far behind on maintenance," she said.

"Everything boils down to money. They haven't been giving their maintenance and their core business the money to fix these poles."

She said she was disappointed that no lessons had been learned from her husband's death.

Investigations are being carried out by Dunedin City Holdings, WorkSafe New Zealand and the Commerce Commission.