A new law designed to modernise and streamline the courts and judiciary could just place more strain on the already stretched system. 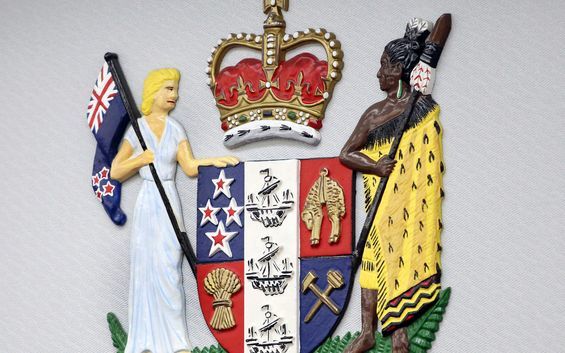 The number of permanent district court judges is capped at 156 and includes jobs like the Chief Coroner, the Environment Court and the Children's Commissioner.

In addition, there are 20 full-time acting judges. These are lawyers appointed and trained as judges but waiting for a permanent warrant.

Under the new District Court Act, the cap will increase from 156 to 160, however only retired judges under the age of 75 will be able to sit as acting judges.

"If there's a need in a particular court, or a particular region, or there needs to be an effort to try and remove a backlog in cases, the acting judges were able to actually provide that roving resource.

"And I think the concern is that if there are fewer acting judges and less flexibility, that there's going to really be a build up of pressure," he said.

Mr Elliott said the change, which comes into force in March next year, would not help an already overstretched justice system.

"There is a difficulty getting hearing time," he said.

"There are people on remand for longer than they should be and I think the difficulty we have is that the courts are at capacity and the concern is that if there is an effective cap or moratorium on appointing district court judges, the problem is going to get worse, not better," he said. 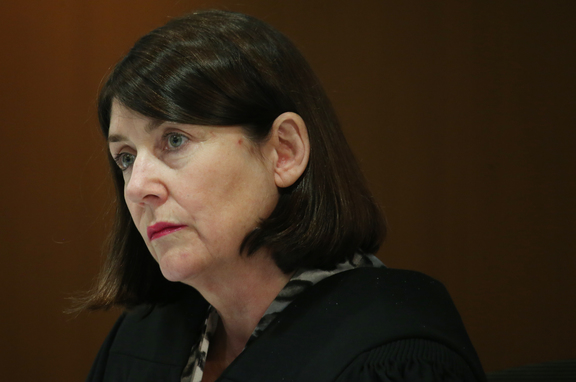 Chief District Court Judge Jan-Marie Doogue declined to to be interviewed, but in a recent column in the Auckland District Law Society newsletter she acknowledged the number of criminal cases in district courts had fallen since 2009.

But she said judges were now dealing with more serious and complicated cases.

The most complicated cases - known as Category 3 - are those just below the threshold to go to the High Court. They accounted for more than half of all the criminal cases in the district court last year.

"Provisional court data shows that in the last three years to July this year, new business from Category 3 offences grew by one quarter," she wrote.

"Last year the active cases of this type grew faster than active cases overall. By the end of last year, these most serious cases accounted for more than half of the active criminal cases in the district courts.

"A Category 3 case takes more than twice as long to proceed as a less serious case. Even a small increase in serious cases can slow down the process, and this compounds over time to balloon the number of criminal cases before the court," she said.

"Mainly serious assaults - they also do in the District Court the serious sexual violation, historic sexual abuse claims - all these things take a lot of time and they are very difficult and very tricky evidence," he said.

"They really do bring a passion and a real commitment to it," he said.

"They're in mid-career, they've decided to do this. They have extensive experience in the criminal courts and they really add a great deal to the court and I think it gives the court some flexibility.

"And I think the judges themselves have really enjoyed having these acting judges come amongst them and then they move on to be permanent judges," he said.

Mr Elliott said the change would be detrimental to the legal profession.

"It's very important that good talent is recongised and has the ability to get onto the bench, and also it provides a career path for people who aspire to go onto the district court bench," he said.

Between now and 2019, 30 judges are due to retire and under the new law there may not be any new appointments until January 2019.

Mr Elliott said for justice to be dispensed in an efficient and orderly way, the cap on the number of district court judges needed to be increased.

That seems unlikely with the new law due to come into force from March next year.

The Labour Party has calling on the government to increase the number of permanent judges, saying the shortage was beginning to put pressure on the country's courts.

"The number of judges is a function of how much the government's willing to pay for judicial services. So we think when remand periods are getting to be over a year for jury trials in South Auckland you've clearly got a problem and you need to fix it through more judges, just not more temporary judges."

He said Labour agreed with the principle that lawyer's shouldn't be appointed to the bench on acting warrants.

He said that position was consistent with a long held constitutional view, backed by successive governments both in New Zealand and around the Commonwealth, and the Law Commission, that temporary judges are more susceptible to political and public pressure, because they are not as independent as permanent judges.

"We think it's important that when people become judges that they stop being lawyers because they're meant to be independent of political or public influence as they go about their judicial duties, so we agree with that change.

"The issue is if we need more judges there should be a lift to the number of permanent judges, there shouldn't be an increase in temporary judges," he said.

Mr Parker said if the government decided to fund more judges, "parliament would vote it through as quick as that".