School counsellors are struggling to cope with workloads of as many as 90 students each, including some who are suicidal, the Association of Counsellors says. 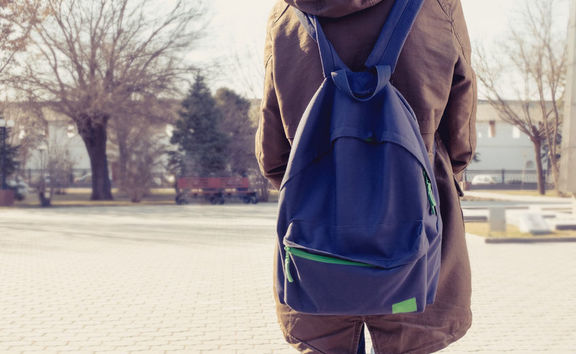 Association spokesperson Sarah Maindonald said there should be one counsellor for every 400 students, but sometimes there was one counsellor to 1700.

She told Nine to Noon the situation was particularly bad in Christchurch, where more children had been struggling to cope since the 2011 earthquake.

"Before the earthquakes we were already seeing 50 or 60 students [each] on our caseload and after earthquakes that increased to 90.

"I'm hearing from counsellors all over the country though ... that that pressure of caseload and the severity of issues that they're dealing with hasn't abated."

Some school counsellors were leaving their jobs to avoid burn-out, Ms Maindonald said.

There had been little improvement since the Education Review Office reported in 2013 on the problems facing school counsellors, she said.

That report said many counsellors were so busy they were not able to work proactively or safely and recommended a review of the formula for allocating guidance staffing.

A working group set up in the wake of the ERO report had provided guidelines for schools but there had been no substantive change to the staffing formula, Ms Maindonald said.

School counsellors were important because children were more likely seek help from somebody at their school than from an outside organisation that they did not know, she said.

The severity of mental health issues had increased and children faced delays in getting help therapy services.

Students at risk of suicide were seen quickly for an initial assessment, but it then took months for them to get therapy - by which time many had disengaged and would not accept help, she said.

However, the Education Ministry's head of sector enablement and support, Kim Shannon, said a number of the report's recommendations would be addressed by the guidelines.

"They provide a base for schools or wharekura to develop their own plan for providing high-quality guidance and counselling and pastoral care in their school," she said.

Ms Shannon said the guidelines would be finalised soon and released to schools in 2017.

It said it also provided a range of behavioural and special needs support for schools, and worked closely with Child Youth and Family and the Ministry of Health to provide help to schools with a specific need.

Wellington Girls' College increased its counsellors from one to two several years ago, as part of a focus on students' mental health.

Principal Julia Davidson said income from international students paid for the counsellors, because the school's guidance entitlement of two positions was spread across a lot of roles.

"That does include your deans, and that's the equivalent of at least one teacher, any counselling work, we've got a Māori achievement advisor, a Pasifika achievement advisor, a senior student advisor, it includes your special needs people or your learning support people, we have two-and-a-half staff there. It's a start of course, but it's nowhere near enough."

Ms Davidson said counselling services were massively important and the funding system needed to change so schools received funding they must spend on counsellors.

Secondary Principals' Association president Sandy Pasley said the guidance staffing entitlement was often spread across several roles, including counsellors, and many schools topped it up with other staffing or operations funding.

"There obviously is a need for greater funding in this area. It competes, of course, with other needs when you're looking at budgeting in a school and certainly schools would use their guidance funding I believe, and many would use above what they're actually entitled to."