Volume by name. Volume by size. The new Auckland Museum exhibition Volume: Making Music in Aotearoa is an expansive and thorough exploration of 70 years of New Zealand music history. Opening its doors to the public today, it boasts 200 objects that range from song lyrics, musical instruments, on stage costumes, album covers, and even the first ever locally-built synthesiser.

It is a loving tribute to Aotearoa's soundtrack that begins with a crop of current, up-and-coming talent filmed performing in the museum. In the distance the outfit Ella Yellich-O'Connor's (better known as Lorde) wore onstage at the Grammy Awards ceremony beckon visitors to the global possibilities of what New Zealand's musical talent can do.

Volume also has these big hits: you can be up close to Neil Finn's lyric book where he neatly penned Don't Dream it's Over, or the leather jacket immortalised by Martin Phillips and his band the Chills. 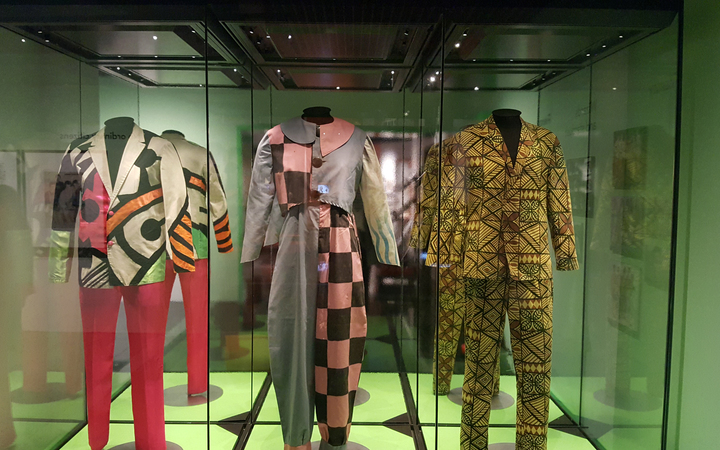 But it is the details that Auckland Museum's curatorial team have given light to that genuinely impress and uplift. Lorde's beautifully polished Takapuna Grammar school shoes worn while she accepted her Grammy, or the photographic contact sheet from which cult classic punk compilation AK79's album sleeve was chosen.

These touches are bound to please all ages and range of New Zealand music fans.

Mike Chunn, former Split Enz member and CEO of Play It Strange, which runs songwriting competitions in schools, describes the exhibition as a "cataclysmic cornucopia of delight, a beautiful jolt."

He described the time he first saw Larry's Rebels in 1968 at the YMCA: "At that show I thought "Oh I've got to do that", and so every year from then, one is embodied in the exhibition.

The exhibition was also the first time since 1974 Chunn had seen the distinctive Split Enz costumes, handmade by fellow bandmate Noel Crombie, when the band debuted them at their Founders Theatre show in Hamilton. 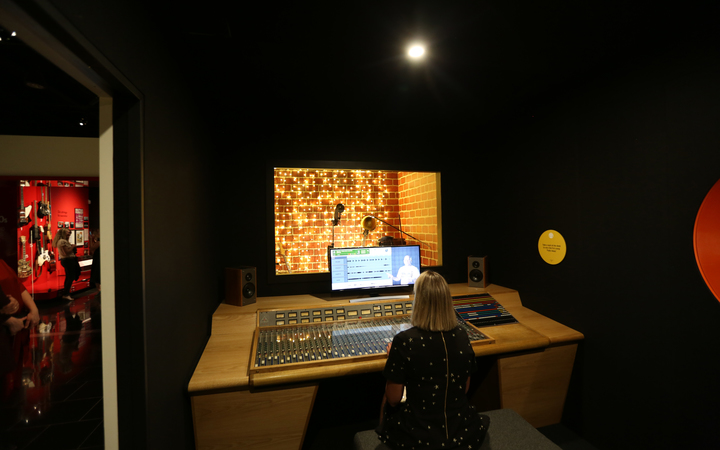 Visitors can mix in a studio. Photo: RNZ

Two and a half years in the making, Volume has used the lead-in time to create worthwhile interactive experiences. Visitors to Volume are encouraged to try their hand at making music, from performing in a pub band to mixing in a recording studio. There is even an opportunity to spin poi as Poi E plays.

The different eras invite visitors to dance on the re-created set of 1960s music show C'mon, DJ in a club complete with visuals, and be on the cover of Rip It Up. All of which can be taken home as personal content via the complimentary All Access Pass activated lanyards that also allow visitors to store videos and curated playlists to enjoy after they've visited the Museum.

For Chunn, the most moving moment was seeing Bill Sevesi's lap steel guitar, "I brought a tissue in my pocket, it's had a bit of use ... it's a real pity he couldn't walk in and see that."

Volume is a celebration of the rich and diverse talent that has shaped Aotearoa's musical DNA. Whether you can only sing along to our unofficial anthem of Ten Guitars or have a first-pressing of the Gordons' LP, Volume will have your heart singing. 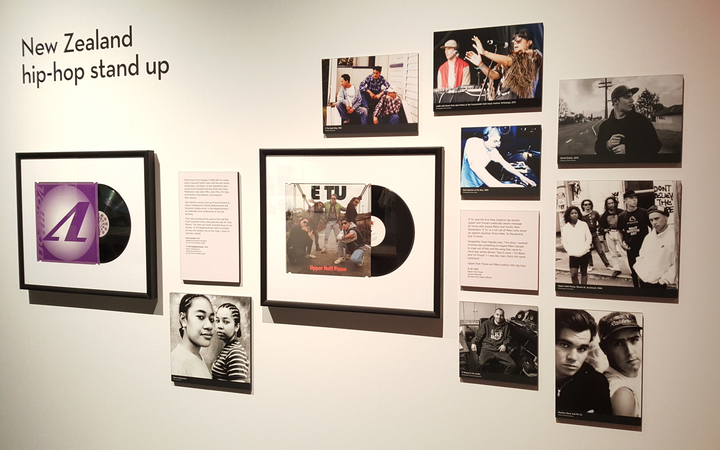