A 61-year-old man has been arrested over a hit-and-run in Whanganui early this morning. 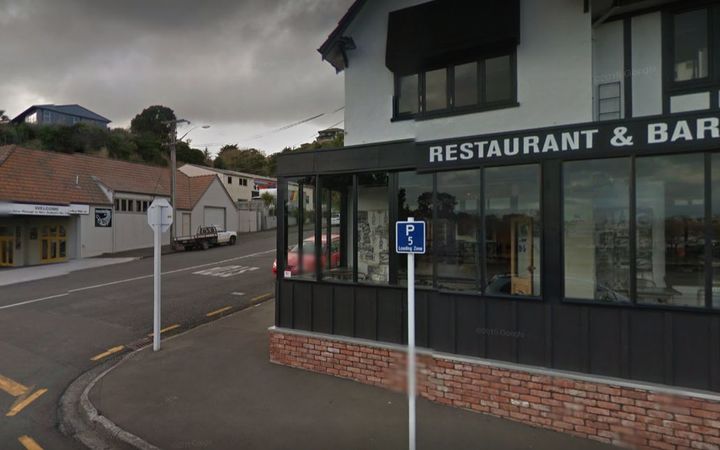 Police were responding to a fight outside the Red Lion Inn on Anzac Parade in Whanganui at the time Jesse Minnell was injured. Photo: Google Street View

Police were dealing with a pub fight outside the Red Lion Inn on Anzac Parade when a car swerved into the crowd and hit 24-year-old Jesse Minnell, shortly after 2.20am.

The driver immediately left the scene in what was described as a late-model dark-blue BMW.

Mr Minnell was flown to Wellington Hospital, where he remained in a serious condition.

The police said a 61-year-old man had been arrested, but charges were still to be laid.

Detective Senior Sergeant Neil Forlong said earlier that, while police had been at the scene at the time, they did not manage to get a licence plate number for the offending car.

The car was "possibly missing a windscreen wiper" and the right front headlight might also have been damaged, he said.

Mr Minnell's mother and father were with him in the hospital, where they said he had been in an induced coma with bleeding in two parts of the brain.

He was earlier described as being in a critical condition.

Family friend Des Attwell told RNZ he thought the officers at the scene should have been able to get the licence plate number.

"Just sounds like very poor training to me. I mean, it's seems like a simple procedure - if you're pursuing a car, what's the first thing you do? See what the number plate is, call it in. It seems somewhat remiss."

The police were not responding to Mr Attwell's criticism, but confirmed officers were being questioned as witnesses.

"They [had] come across a seriously injured pedestrian who'd been hit by a car. As a result of that, they transferred the patient to Whanganui Emergency."

He said two crews were needed to help the injured man.

Red Lion Inn made no comment on the incident.