A Waikato man has been flown to hospital with chest and facial injuries after being assaulted on his property early this morning. 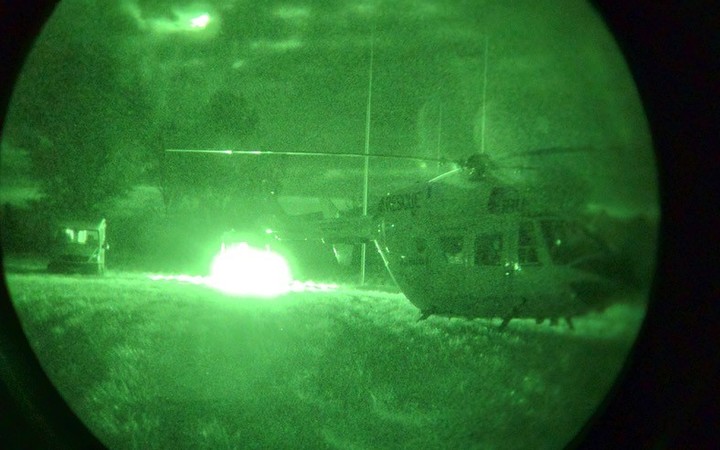 A rescue helicopter at the scene of the assault in Piopio Photo: Supplied / Waikato Westpac Rescue Helicopter

Waikato Westpac Rescue Helicopter said the 45-year-old was assaulted after he confronted a group of hunters on his property at Piopio, near Te Kuiti.

He was flown to Waikato Hospital.