The thigh bone of a missing Canadian tourist whose campervan was swept off State Highway 6 near Haast Pass by a large slip in 2013 has been found. 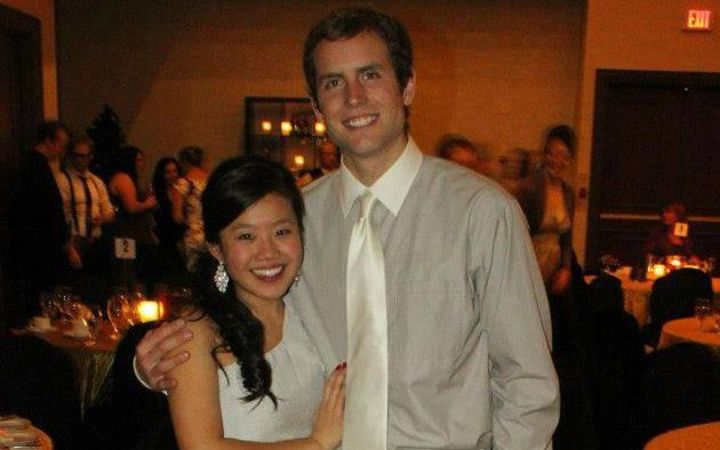 Ottawa couple Connor Hayes and Joanna Lam died after their rental vehicle was swept off SH6 in 2013. Photo: Facebook

Connor Hayes, 25, and Joanna Lam, 24, were driving from Haast to Wanaka on 10 September when the landslide swept their rental vehicle off State Highway 6 and into the Haast River.

After an extensive search Ms Lam's body was found washed up on Haast beach but, despite efforts by police and the local community, Mr Hayes' body was never found.

But police revealed today that a hunter located a human thigh bone where the Haast and Burke Rivers meet, and DNA analysis has confirmed it belonged to Mr Hayes.

A further search took place on the Haast River this past weekend, involving police officers, LandSAR members from Wanaka and the West Coast, and volunteers from Haast. 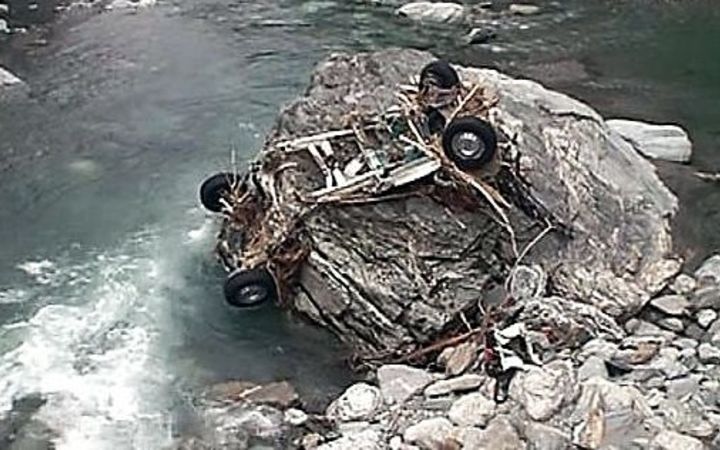 Part of the couple's vehicle found in the Haast River. Photo: TV3

Police said the search uncovered a "number of items of interest" from the riverbed but it has not been confirmed if they belonged to Mr Hayes.

Police said anything which was believed to belong to Mr Hayes, including any bones, would be released to his family in Canada in due course.

"The recent finding is going to bring some closure to the family, which is what we all hope and wish for. So in that respect, it's very significant."