The condition of a man left critically injured after he was stabbed by his son in his Otorohanga home two weeks ago has improved. 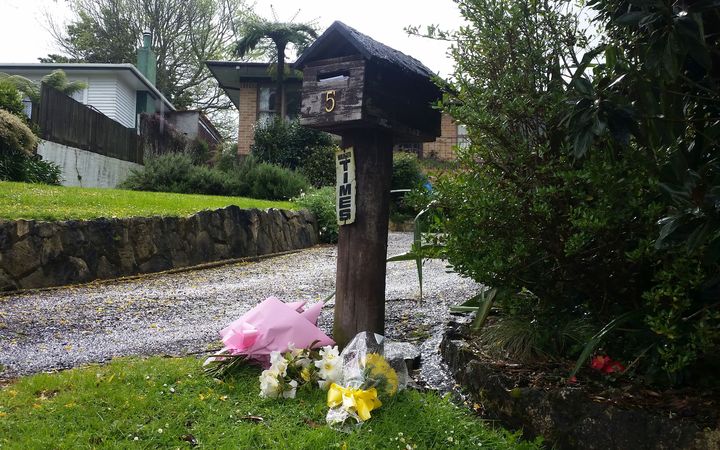 Flowers outside the family home of Ross Bremner, and his parents Clare and Keith. Photo: RNZ / Alex Aston

The Waikato District Health Board said Keith Bremner was in a serious but stable condition in hospital.

As well as injuring his father, Ross Bremner also killed his mother, Clare.

His body was found three days later, alongside those of couple Mona Tuwhangai, 82, and Maurice O'Donnell, 72, who he killed at their remote property at Kinohaku near Kawhia Harbour.

The police, the coroner and the DHB are all investigating.