Dunedin cleaner Alexander Merritt has been found guilty of murdering his supervisor in a car park last December. 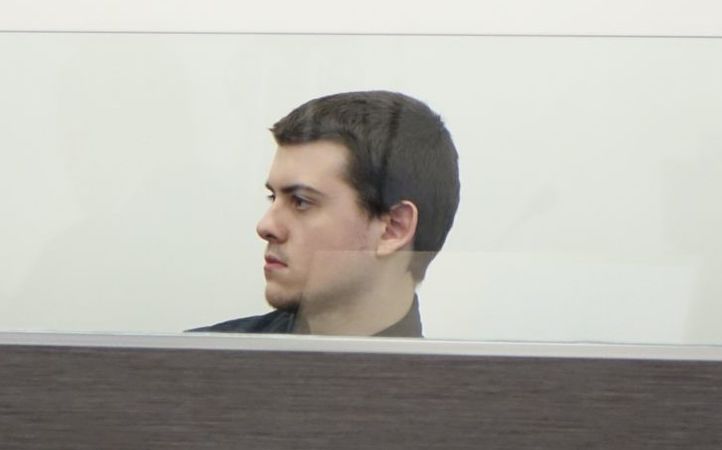 Alexander Merritt during closing statements in the two-week trial in the High Court in Dunedin Photo: RNZ / Ian Telfer

Karin Ross, 51, was bashed to death in the Spotless cleaning firm's car park in South Dunedin.

Mr Merritt, 21, has been on trial for her murder in the High Court in Dunedin. The jury was sent out just after midday and deliberated for five hours, before returning a unanimous verdict.

The Crown alleged Mr Merritt had formed a strong dislike of his supervisor over a number of months, and she had laid complaints about his behaviour.

It said Mr Merritt found out his supervisor had laid another complaint against him on the day before she was killed.

But Mr Merritt's defence said threats he had made against Ms Ross were heat-of-the-moment things that anyone might say, and the evidence against him did not stack up.

He had maintained he was at home at the time that Ms Ross was attacked.

Speaking outside court with tears in his eyes, Ms Ross' partner Richard Leckie said the two-week trial had been long and hard.

He was not sure how he was supposed to feel after hearing the verdict, he said.

The guilty decision was just the beginning for his family, because Ms Ross had two kids who were left behind, he said.