Maritime New Zealand's "Safer Boating Week" begins today, and to mark the occasion a handful of brave souls launched themselves into Wellington Harbour to demonstrate the value of life jackets. 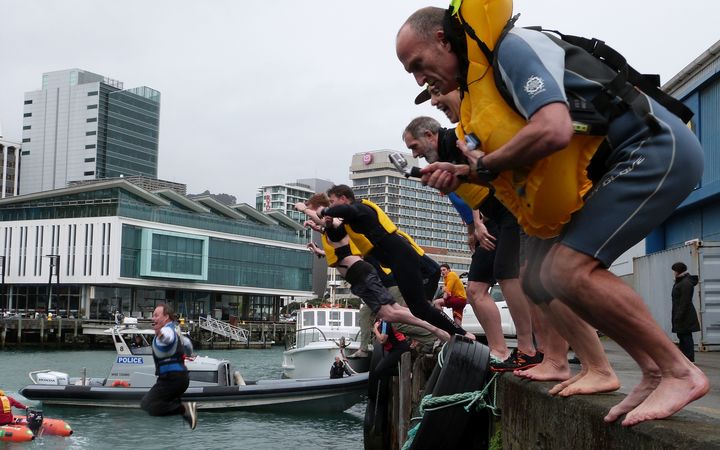 As of last Friday, 58 people had drowned this year.

Director of Maritime NZ Keith Manch said two-thirds of them could have been saved, had they been wearing a life jacket properly.

The first of the two groups of jumpers leapt while carrying the life jackets rather than wearing them, and struggled to put the jackets on while staying afloat - which Mr Manch said was to show how important it was to be prepared at all times.

Some people had an attitude of complacency when it came to water safety, he said, but it was important to remember that out on the water, disaster could strike without warning.

"There's an older sort of demographic - 45-plus, and also 15 to 25 year-olds sort of coming in - who don't really have a good attitude about life jackets.

"They're a bit reckless, a bit stubborn sometimes, and they're over-represented in the drowning statistics. So we want to see zero drownings if possible - and one way of doing that is to wear a life jacket."