Colleagues, friends and strangers alike are paying homage to trade unionist Helen Kelly, saying she worked tirelessly for the rights of workers and their families. 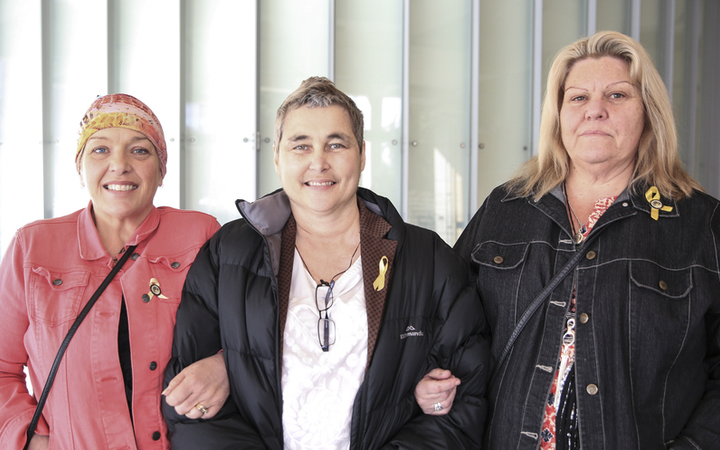 Ms Kelly, the first woman to head the Council of Trade Unions (CTU), has died of lung cancer at the age of 52.

Her long professional involvement with the union movement began in the teacher unions, and she became a vigorous advocate for women's pay and employment equity.

In recent years she pushed hard for corporate responsibility to be taken for the 2010 Pike River mining tragedy.

She also campaigned strongly for health and safety improvements in the forestry industry, and as her health declined, Ms Kelly became an active campaigner for medical marijuana.

Current CTU president Richard Wagstaff told Morning Report he was privileged to have worked at Ms Kelly's side.

"She had an incredibly sharp mind - very bright, very incisive - so you couldn't intimidate her.

"She believed in fairness and she could see injustice all around - she was a wonderful person to be around and a wonderful inspiration to be standing shoulder-to-shoulder with."

In a statement, Mr Wagstaff said people from around the world were now remembering how Ms Kelly had made their working lives better.

"Helen fought for a better working life for all, especially those who found it hard to make ends meet."

Details of a celebration of Ms Kelly's life would be made available as they came to hand, Mr Wagstaff said.

The government said Ms Kelly was a passionate advocate for workers' rights.

Workplace Relations and Safety Minister Michael Woodhouse said she pushed to improve safety, particularly in the forestry industry, and campaigned hard on behalf of those who died at Pike River Mine.

In their regular meetings, she would talk at length about the victims' families, their stories about pain and grief, and their desire for no other family to go through what they went through, he said.

"I found her a very good person to deal with.

"She was a passionate advocate for workers' rights, she articulated that support in a very very strong, but respectful way. And I think she'll be remembered for that," he said.

"She reminded us of the enormous responsibility [the union has] to do our very best and the important role we play, and that we musn't let the working people of this country down.

Certainly we take that inspiration and legacy on with us," he said.

People were quick to pay their respects on Twitter.

Helen Kelly has passed but there are many more who will have full lives because of her work. Truly a mother of the movement. Arohanui

Thank you Helen Kelly for your tireless work for the low paid, the exploited & the underdog- a true Kiwi working class hero.

Bet Helen Kelly is in Heaven unionizing the Angels and giving God Hell.#RIPHelenKelly. Condolences to her family and friends,

Labour MP Grant Robertson said Ms Kelly was a principled and remarkable woman who was never intimidated in standing up for workers' rights.

"She combined that courage with an enormous sense of kindness," he said.

"I think about the work she did with the women of Pike River, where she never, ever gave up on them til the very, very last days."

Her death was a huge loss to the union movement, Mr Robertson said.