A woman who suffered broken ribs in a crash between a Fire Service support vehicle and her car has denied being distracted when the crash occurred. 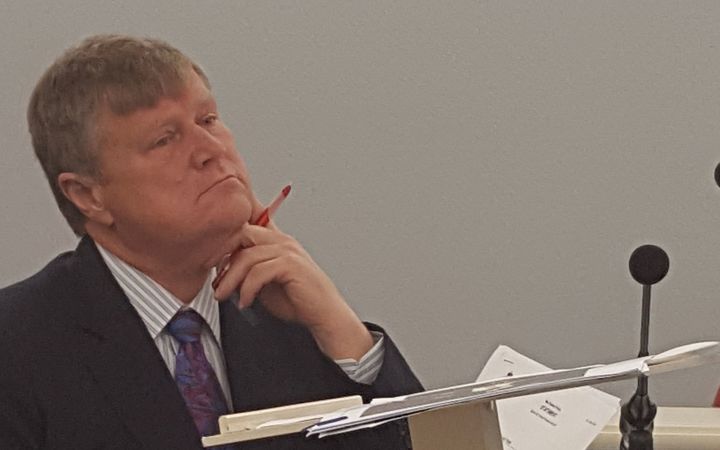 John Klaphake, the volunteer firefighter who was driving the support unit, went on trial today in the Wellington District Court.

He is facing one charge of careless use of a motor vehicle causing injury to Azeb Kebede, who was driving the car at the time of the incident in July last year.

Ms Kebede told the court she was taking her daughter to school and she entered the intersection of Owen and Constable Streets in Newtown because she was 100 percent sure she had a green light.

She did not know what happened after that because she lost consciousness, she said.

When she woke up, she was in Wellington Hospital, where she was treated for broken ribs and fluid in her lungs

In reply to questions from defence lawyer Chris Tennet, Ms Kebede said she knew if an emergency vehicle was approaching with its siren on she would have to give way.

There were cars stopped on Constable Street as she approached the corner, but she did not see the fire engine there and she checked the way was clear before moving into the intersection, she said.

Evidence was also given by a passenger in the fire vehicle, Senior Station Officer Brian Arons, who said the vehicle he and the defendant were travelling in was a support unit, which did not take part in actual firefighting activity.

He said the vehicle's lights and siren were on but it was not going fast and always went through intersections slowly.

They were about halfway through the Newtown intersection when the crash occurred, he said.

"I saw the road clear on the intersection, on my left there was no traffic, then I looked left again and still it was clear. I was looking straight ahead and I glanced my eyes saw a vehicle and I said to John 'stop' and it was over."

Mr Arons said the car ricocheted off the front of the fire truck, spun 180 degrees and ended up against a pole.

He said he was happy to be driven by Mr Klaphake and had never had reason to doubt his ability.

However a bystander, Kurt Madsen, said there were a lot of cars waiting at the red traffic light on Constable Street and he thought the fire truck pulled out to pass them so it could beat them to the traffic lights.

In cross-examination he said Mr Arons must be mistaken in his evidence that the lane was clear with no traffic waiting at the red light.

The trial will continue tomorrow.