Two brothers elected as mayor in neighbouring Otago districts say they can't wait to get to work. 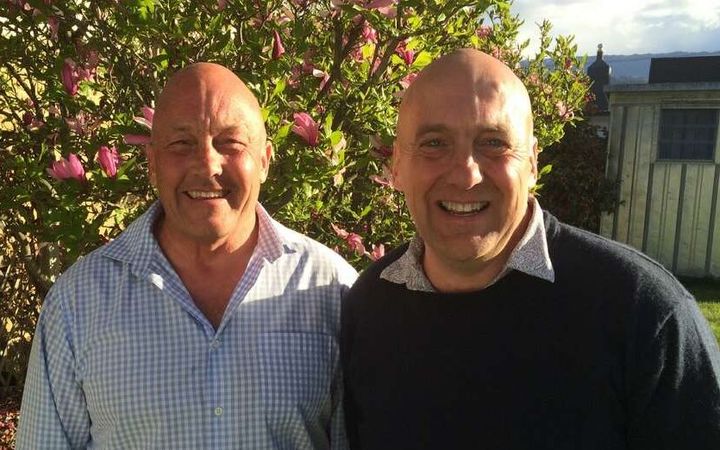 Bryan Cadogan has been returned for his third term as mayor of Clutha after running unopposed.

And he has been joined by his younger brother Tim Cadogan, who was yesterday elected mayor of Central Otago.

Tim said he drew inspiration from the example set by Bryan.

"I had thought about the top job", he said.

"But it was what Bryan achieved in Clutha district that has made me think this is actually a job you can do things in.

"I'm a different person, carrying my own thoughts and ideas, but I've seen what can be done in the role", he said.

"What we've got in common are hard work and being involved in the community."

Tim Cadogan, a lawyer, has his own criminal and family law practice in Alexandra, and previously had a 12-year career in radio.

But he said before that he was a solo dad who spent a year on the domestic purposes benefit while he sorted out his life.

"I think that's been an important part of what I've put forward.", he said.

"We've got a lot of growth here in Central Otago but it's really important that no-one gets left behind."

"We've got a very, very vast region in terms of population density. I've got 18,000 people spread over a huge area. So it means getting in the car, it means going out to the Maniototo, going to the Teviot Valley, into Cromwell, everywhere in Central Otago constantly.

No boundary problems likely for brothers

To the south-west, in Clutha district, his elder brother Bryan Cadogan, has shown a similar regard for his community.

Now the brothers share a long boundary, Tim said they could meet on the main road at Rae's Junction.

"It's got 'Bryan's side' on one side and 'My side' on the other, so there's no demarcation disputes."

Bryan said he did not expect Tim's mayoral run.

"He's his own man, and he's stepped up to plate and caught me a bit by surprise, but it's a proud day for the family."

He said he was sorry his parents did not get to see them both elected - their mother died just a few days after the last election - but her influence was strong on both of them.

"Mum's catch-phrase was always that you stand by your principles and stick by your beliefs.

"There was never a time at our kitchen table where the discussion wouldn't turn back to the politics."

The two were quite different individuals, Bryan said.

"There'll be some parallel thoughts and some individual thoughts.

"I'm probably more abrasive. But Tim's social conscience might be stronger than mine."

Tim said he and Bryan disagreed on many things, and agreed on others, but he could not wait to get started.

"It'll either be collaboration or we'll argue all night. But we've never failed to see eye-to-eye in the long run," he said.