Scientists in New Zealand have fitted a dog with a revolutionary 3D-printed titanium leg implant. 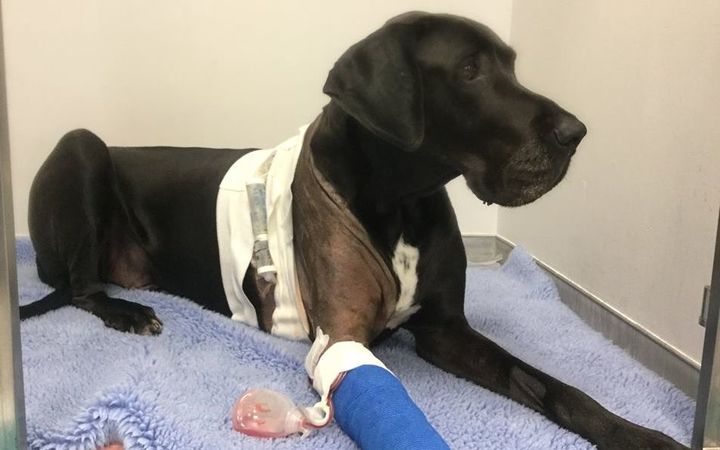 The implant was devised after a malignant tumour was found in the great dane's right front leg.

The process was overseen by Massey University associate professor Jonathan Bray, who said the implant was custom-fitted to the dog, Leroy.

"What we're doing at Massey is obviously using the ability to print in titanium which is developed at the University of Waikato in the New Zealand titanium industry."

He said they had done similar implants before, but this was by far the biggest project - so it was not without its challenges.

He said about 60 to 70 percent of the dog's radius bone had to be removed.

The computerised design was generated by an engineering company in Napier, AXIA, he said.

"They basically take the CT image from the patient, we then design an implant, work out which bone needs to be removed and together the three of us then create an implant that is going to be strong enough to carry the weight."