A woman who received the second highest-ever award from the Human Rights Review Tribunal over a cake iced with expletives, says she was discouraged from taking any action.

But she went ahead anyway and last year won damages of $98,000 plus costs, more than what she was told she would get, she says.

Karen Hammond said she was worried that other applicants might be deterred if the tribunal raised barriers against potential litigants.

Her legal troubles began when she wrote expletives about her former bosses in icing on a cake.

The company forced another worker to access the picture on Ms Hammond's Facebook page and then sent it out to multiple employment agencies.

Incensed by this, she went, via the Privacy Commission, to the Human Rights Review Tribunal, and won when the Tribunal agreed NZCU Baywide breached her privacy. 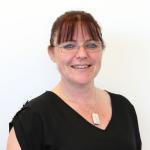 But getting there was not easy, and she blamed what she saw as negative comments from the Director of Human Rights Proceedings, Robert Kee.

"Robert Kee advised that I should settle because he believed there was no way that I would leave the Human Rights Review Tribunal with any sort of substantial win," Ms Hammond said.

"He felt it was not in the interest of New Zealand and it would be a waste of resources."

She ended up representing herself at the tribunal, but later wrote to the Minister of Justice, Amy Adams, who rejected her complaint about Mr Kee's actions.

The Minister also revealed that Mr Kee had taken just four cases out of 54 that were referred to him, over 18 months, which Ms Hammond said she was worried about.

"It just gave me the feeling that the system was flawed," she said.

"But what concerned me most was, how many people took this advice on board and did not [pursue] the remedy or vindication that they were seeking."

The Human Rights Commission was unable to respond last night to suggestions it was putting up barriers, but promised more information today.

However, several legal experts, speaking off the record, have said both the Tribunal and Mr Kee were simply doing their job.

They said if Mr Kee had taken up Ms Hammond's case, he would have been acting as an advocating attorney on her behalf, and strict legal requirements had to be met before taking on this role.

They included ensuring that a case had a good chance of success, that it had ramifications for the wider public and that it involved a high level of harm towards a complainant.

They added it was very rare for a judicial body to provide legal assistance to a litigant, and this was not done lightly.

People were still free to hire their own lawyer or represent themselves.

In a parallel development, lawyers have noted that people in workplace disputes get far higher pay-outs from the Human Rights Review Tribunal than from the Employment Relations Authority.

The Ministry of Business, Innovation and Employment said it was aware of this difference and was reviewing the matter.