A woman trapped after a car collided with a train at a level crossing in Morningside in Auckland has been freed and taken to hospital. 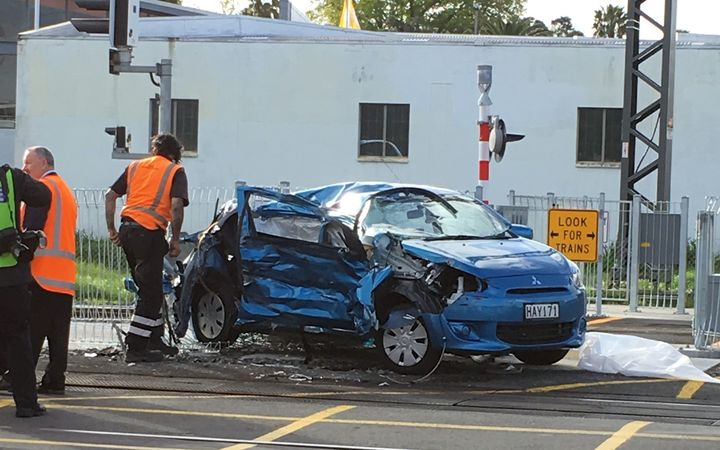 The woman's car was extensively damaged after colliding with the train. Photo: Scott Mackie

The Fire Service said the crash happened about 4.15pm.

The woman who was in the car was taken to Auckland Hospital in a serious condition.

Police said early indications were that the barrier arm was down and the lights were flashing when the vehicle drove through the intersection. 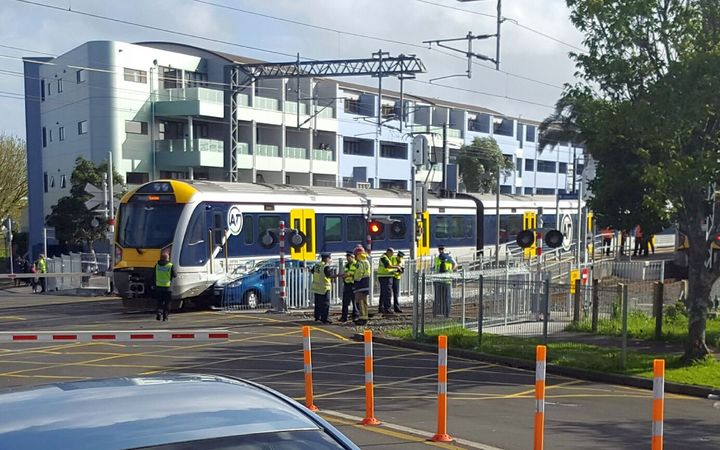 The scene of the collision between a car and train at a level crossing in Morningside. Photo: RNZ / Mihingarangi Forbes

According to a woman at the scene at the time of the crash, the blue hatchback car was turning out of the gym carpark and heading to New North Road.

The passer-by said she turned around just as the crash happened and saw the car had spun around and was up against the railings. 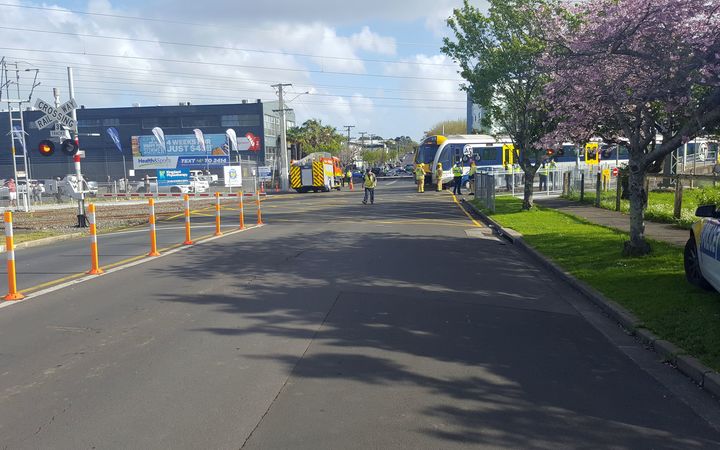 All trains were stopped and road closures were being put in place.

Morningside Drive was closed, with no entry from St Lukes Road or New North Road. Traffic on New North Rd had backed up.

Auckland Transport warned of cancellations and delays on the Western Line due to the incident. 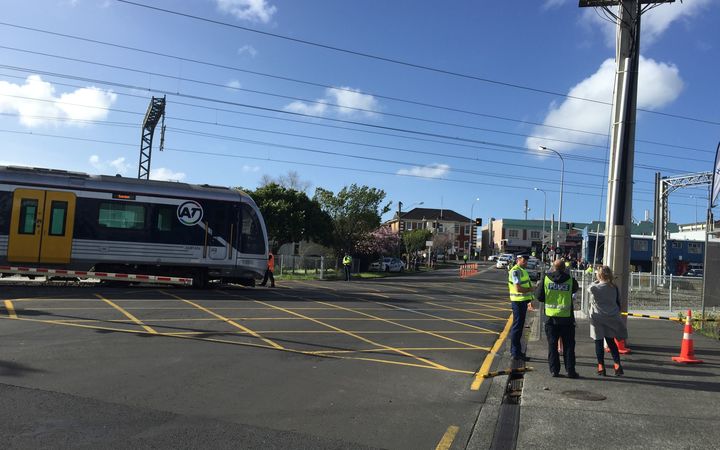