The decision to axe Mount Maunganui's big New Year's Eve party because of violence and sexual assaults has been criticised by some local businesses.

Every year about 40,000 flock to Main Beach for music and fireworks at the council-run celebration. 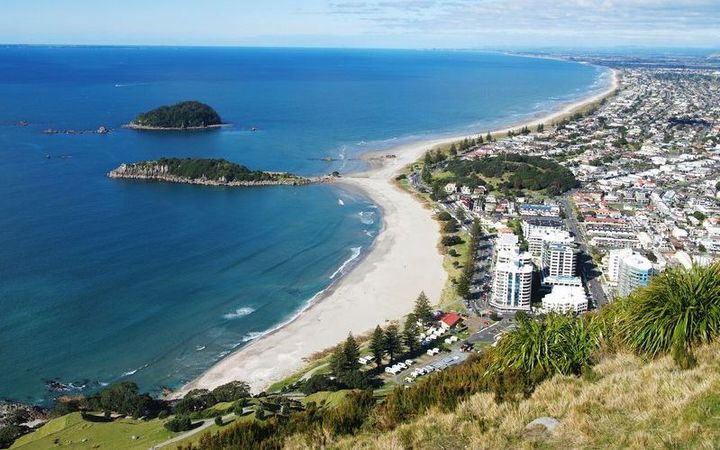 But the Tauranga City Council said it was the riskiest event of the year and becoming unaffordable so have decided to cut it.

The council has decided to replace the party with an under-18 event held in a different location.

For the owner of local water sports gear rental company Mt Cats and Yaks, Nevan Lancaster, the decision was a disappointment and a sad end to an iconic New Zealand event.

"It's been a good family event for so many years and there haven't been too many issues or anything like that. The fun police have killed another iconic New Zealand event basically."

He said while young girls in particular needed to be looked after better, shutting down the event wasn't the answer to solving the issues.

"Young kids were going there to have a good time, just because there's a bunch of douchebags that want to make their life miserable just depriving them of fun because of these people is not the answer."

Mr Lancaster said he was worried his business would suffer as a result of the decision.

"A lot of young people come down. New Year's day is traditionally the busiest day of my year and if there's 10 or 20,000 less people because of this, that is actually going to have a significant effect on my total income for the whole summer," he said.

Jey Ratema, 18, celebrated the start of 2016 at the Mount and said while it was a crazy night he didn't see any trouble.

"It sucks that it's been cancelled because it was probably one of the best experiences of the year and it was at the beginning."

Mr Ratema said he doubted he and his friends would attend the replacement event.

"That's kind of like the whole thing, being on the beach at the countdown, that's like the coolest thing. Especially for the younger ages."

Jay Yardley, 23, was working at the Coffee Club near the beach and said the last event was "completely out of control".

"A fight broke out directly outside the store which caused a man to fall into the store window which shattered it," he said.

Mount Mainstreet Association manager Ingrid Fleming said the council had been proactive in looking at alternatives.

"Obviously there were issues last year that were inexcusable and they want to mitigate that this year. As long as they put the infrastructure in place with regards to resources to look after the Mount, and the Mount Mainstreet, then hopefully it will be a positive move."

She said while the event being axed may discourage troublemakers from holidaying at the Mount, families would still visit.

He said an extra $250,000 was being spent on making the area safer with more lighting, fencing off areas, and more council security staff.

Police were also planning on an extra 200 staff for the evening.

Mr Crosby said the place wasn't shutting down over the holidays.

"There is a whole range of events for people from concerts, bands, beach activities, family activities.

"We're only talking about four hours for one evening. The rest of the time the council and the private sector will be holding a host of events.

"But if we're called a party pooper just for those four hours and it saves a life I'm happy to be called that," he said.

Mr Crosby said the council would review the changes next year.

An agency working with sexual assault victims said it was worried the ban on New Years Eve celebrations in Mount Maunganui would only move the problem elsewhere.

Kylie McKee, the head of the Bay of Plenty Sexual Assault Support Services, said the problems encountered by young women at event would still continue.

"This is a shame issue, and a guilt issue, and people have to get comments about 'well, you put yourself in that position, look at what you were wearing, oh, you were drunk, that was silly'. Now I do totally understand the Council's decision to shut down celebration, I don't think it's going to fix anything, I suspect it is going to move the problem."