The art sector is calling for the creation of a public register of art, amid concerns that works are vanishing, or aren't being looked after by local councils. 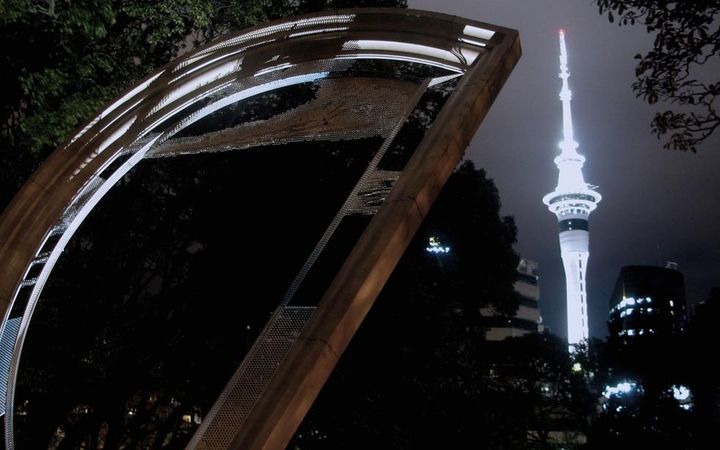 Neil Dawn's 'Throwback' was commissioned by the Auckland Art Gallery and unveiled in 1992. Photo: Supplied

Ms Harper said some public art works were being lost, were under threat, or being mismanaged.

"It's pretty low on most council priorities. Once something has public money allocated to it, it needs to be kept track of, things shouldn't just disappear from public view.

"Something might be de-commissioned, but it needs to be done openly and transparently."

Ms Harper said there had been a lot of public art, particularly in Wellington, which had somehow fallen into private hands, with the council's Art Bonus Scheme the worst offender.

The council created the scheme in the late 1980s, allowing property developers to add extra height to their buildings in return for commissioning and displaying public art.

Changes in legislation in the 1990s meant the works lost the protection of councils and building owners were free to do what they wanted with it.

Philip Trusttum's Northern Lights was erected in Wellington under the scheme, but this year dismantling of the work began without any consultation, and without Mr Trusttum being informed.

In another case, Ms Harper said Robert Jesson's Starfish sculpture was donated to the city in 1985 in return for additional development of the National Insurance building on Featherston Street.

Ms Harper said its placement was linked to where the sea used to come up to until the land was reclaimed. That work disappeared with any explanation, she said. 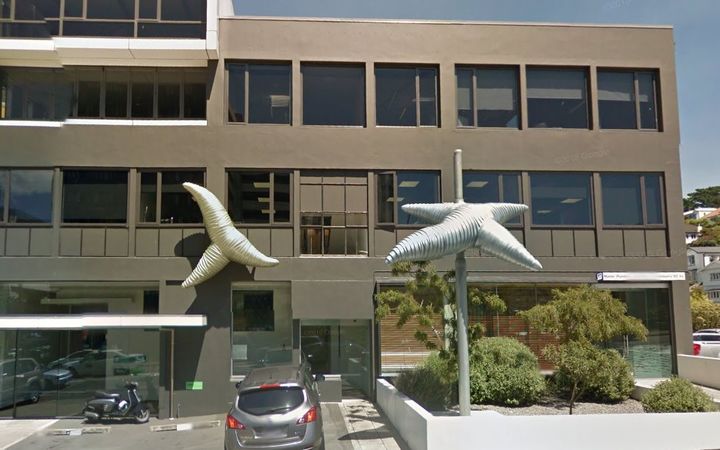 "Local government has a very bad attitude to public art."

Mr Keith said there was often a battle about taste, rather than whether the works should stay up or not.

He said a cultural shift in attitude towards public art was needed.

"There's been major artworks disappear from Auckland Airport, there's a Pat Hanly that was broken up and given away, there was a lovely Bob Ellis (Robert Ellis) which has completely vanished and that was about 30 metres long. 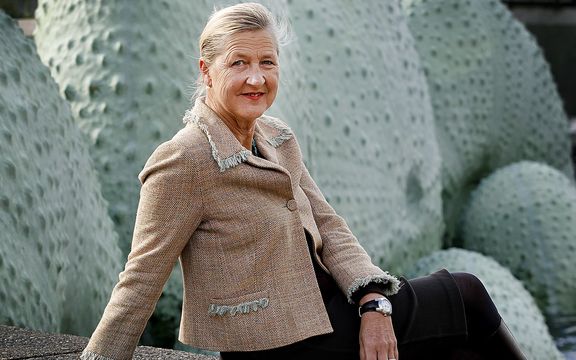 "There was a brilliant Pat Hanly mural in the convention centre bit of the Aotea Centre, that vanished and through alterations was never reinstalled."

She said the university would approach the Ministry of Culture and Heritage to see if they would pick up the register. Ms Elliot said central government needed to be involved to support it.

She said because it was owned by a business Starfish was able to be resprayed different colours, and one of the starfish was now displayed skewered on a pole.

"It's crucial that public works of art are site specific and done for the place they are going to be rather than something plonked there, so of course with Starfish it should stay where it started."

Sculptor Neil Dawson has received international acclaim for his large-scale civic pieces. His major public works on display in New Zealand include the Chalice in Christchurch's Cathedral Square and Ferns, which hung in Wellington's Civic Square.

Mr Dawson said once art was put outside, it suddenly got less respect.

A number of his public pieces had not been properly maintained, he said, including one entitled Throwback commissioned by the Auckland Art Gallery and unveiled in 1992. 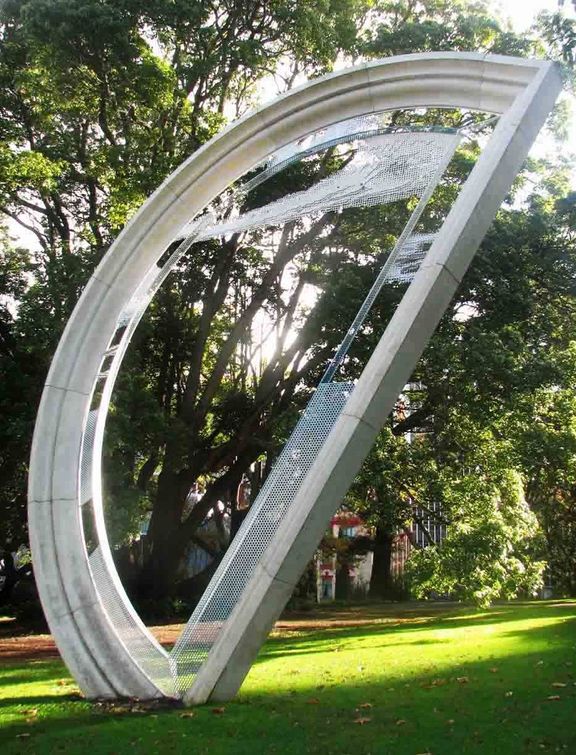 Neil Dawn's 'Throwback' was commissioned by the Auckland Art Gallery and unveiled in 1992. Photo: Supplied

Mr Dawson said he could not bear to walk past it.

The gallery admitted to him a fortnight ago that it had not been looked after, he said.

Mr Dawson said he was asked a question that he found "shocking".

"They seem to be wanting to take responsibility for maintaining it (now), but they don't know who's going to pay for it.

"They asked me if I might know of somebody who might pay to maintain it ... I find that rather bizarre."

The Auckland Art Gallery said in a statement that work was last carried out on Throwback last year, but admitted more needed to be done. 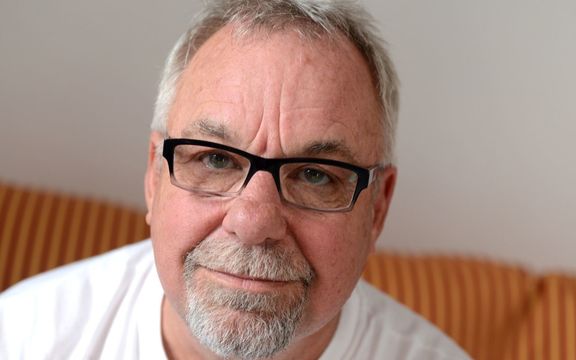 "Maintenance work was last carried out on Throwback on 10 June 2015, when it was cleaned. At that time it was recognised that a substantial renewal of the work was required, over and above regular maintenance.

"We have been liaising with a conservator to decide on the best process to undertake this and have recently been in touch with the artist to discuss this and create a plan for further and ongoing maintenance.

Mr Dawson said it was disappointing that the artwork wasn't being properly looked after.

"It kinda hurts when you feel as though you've completed a public art work, it's really successful, people love it, but there's nobody looking after it properly."

Minster of Arts, Culture and Heritage Maggie Barry said she had only heard yesterday about the idea of a public register, and she had asked her officials for advice.

"I need to be convinced that there is really a problem that needs solving and then if there are other solutions that could be looked at, besides a register, there may well be at local authority level the mechanisms and levers through which to manage whatever concerns have prompted this call."

Local Government New Zealand said in a statement it was open to the idea of a national public art register.

Wellington City Council did not respond to RNZ's request for comment on this story.