Police are investigating seven suspicious fires which were lit in Wellington early this morning. 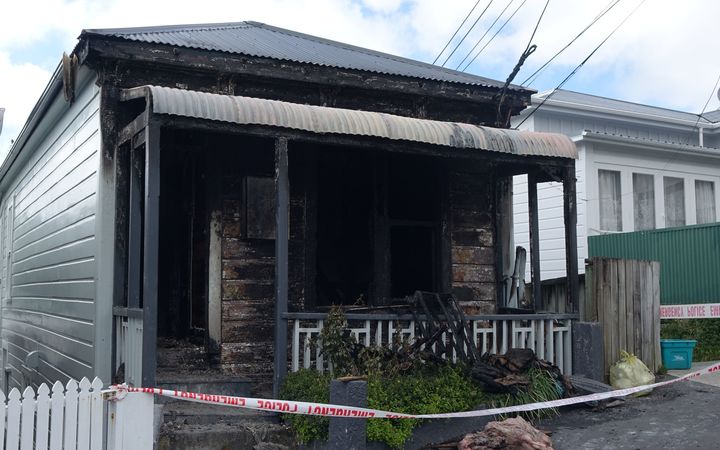 Crews were called to the fire on Nairn Street just before 2am. Photo: RNZ / Emile Donovan

Fire crews and police were first called to a fire on the front porch of a house on Nairn Street in the suburb of Mount Cook, just before 2am.

Residents of the Nairn Street flat said they woke up to screaming and smashing windows, before running for their lives.

Lucianna Fredrickson, who lives downstairs in the two-storey flat, said her flatmates' screams made her think it was a home invasion.

"We woke up to screaming and smashing windows, pretty much. It was pretty crazy.

"Three people live upstairs, and I think there's three or four upstairs. They were so lucky." 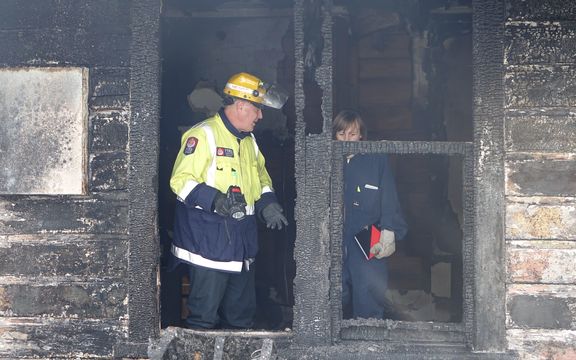 Investigations are underway into what caused the fire. Photo: RNZ / Emile Donovan

She said the whole front of the house was on fire.

"It sounded more like a home invasion than a fire - that's what we thought it was - but as soon as you left the house, you could feel the heat and the light. It was just so light ... I just freaked out.

All the occupants managed to get out of the house safely.

Between 4am and 6am, crews also responded to six fires in rubbish bins around Ghuznee Street, Taranaki Street, Majoribanks Street and Courtenay Place.

Police are investigating the fires.

The fires between 4am and 6am were:

- 4:15am on the corner of Ghuznee and Victoria streets

- 4:28am at the intersection of Taranaki and York streets

- 5:32am near 5 MajoribanksStreet - two wheelie bins on fire

- 5:48am near 12 Marjoribanks Street - another rubbish bin on fire