A TV spin-off of New Zealand vampire film What We Do In The Shadows and a Māori-focused sketch show are on their way, after New Zealand On Air (NZOA) announced funding for the two series. 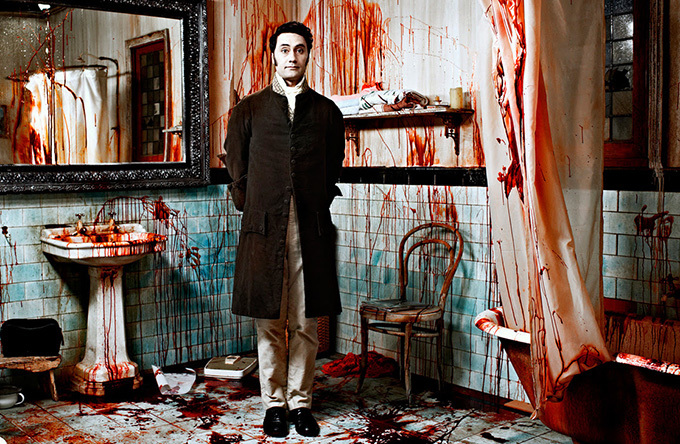 Taika Waititi on the set of What We Do In The Shadows. Photo: Supplied

The two programmes are due to air on New Zealand television screens next year.

Paranormal Event Response Unit - conceived by Flight of the Conchords star Jemaine Clement and director Taika Waititi, is a six-episode spin-off from the highly acclaimed feature film, What We Do In The Shadows, which the pair wrote, directed and starred in. The movie featured a sly look at a flat full of vampires in modern-day Wellington.

The show will screen on TVNZ 2 and feature police officers Karen and Mike, who "keep us safe from supernatural phenomena in their own police reality series", NZOA said.

Only In Aotearoa - which will screen on Māori Television - features short, sharp comedy skits from a "distinctly Māori perspective" and will incorporate te reo.

The show is based on a web series funded by NZOA and Te Māngai Paho in 2015.

Paranormal Event Response Unit has received $1.4 million from NZOA, while eight episodes of Only In Aotearoa have been funded for $241,000.

"We are delighted that Jemaine Clement and Taika Waititi are bringing their talents to smaller screens in Paranormal Event Response Unit. And we loved the Only In Aotearoa web series so are delighted it is transitioning to television," she said.

TV3 shows Jono And Ben and 7 Days will also return next year, said NZOA. Mediaworks will produce 26 episodes of Jono and Ben and 32 episodes of 7 Days, with the shows receiving $1.7m and $1.05 m in funding from NZOA.