A Massey University lecturer wants to change the name of his workplace after discovering the prime minister it was named after made racist statements.

In the course of researching his doctorate, Steven Elers says he found white-supremacist statements attributed to the country's second-longest-serving prime minister. 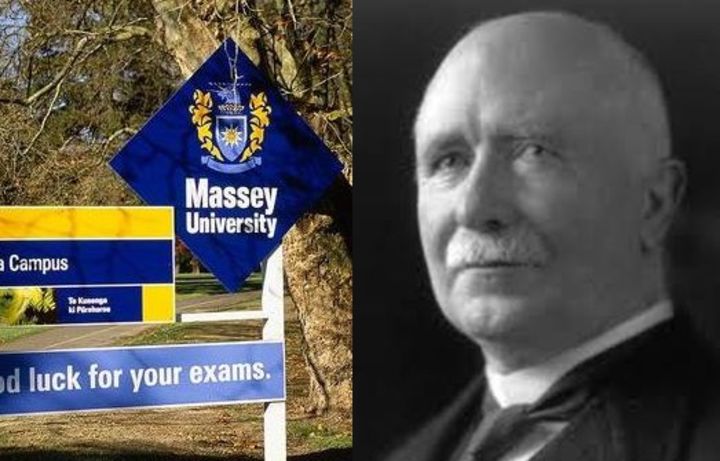 William Ferguson Massey died in office in 1925 and the university was named after him the following year.

Mr Elers said Mr Massey had said New Zealand was a "white man's country", the purest Anglo-Saxon population in the British Empire, and that he did not like the "Chinese race".

The university should not be associated with that viewpoint, Dr Elers said.

"I think we're burying our heads in the sand at the moment when the Massey University website, the biography of William Massey, doesn't mention any of this," he said.

"I've had numerous emails from members of the public, from students, from staff saying, 'Wow, I didn't know any of this at all.' I've had students say they wouldn't have come to Massey if they had known.".

Some students had suggested launching a campaign to change the name, he said.

He also found it was part of the discourse of politicians of the time.

But Michael Belgrave, a historian at the same university, said breaking history down into good and bad was dangerous for people's understanding of themselves and the "extent to which the past is a key part of the present".

"It's a place where people have a whole variety of ideas and relationships."

Professor Belgrave said the debate was healthy but needed to be well-informed, otherwise there would be few safe names left.

The university said it was open to engaging in a debate on its name.

The agricultural college was only named after Mr Massey as a political accident, after his successor, Joseph Gordon Coates, faced opposition from South Islanders who thought the college was a threat to Lincoln.

"Coates thought that if he called it Massey, at the stage the saintly hero of agricultural and rural New Zealand, that he would get it through - and he was right," Professor Belgrave said.